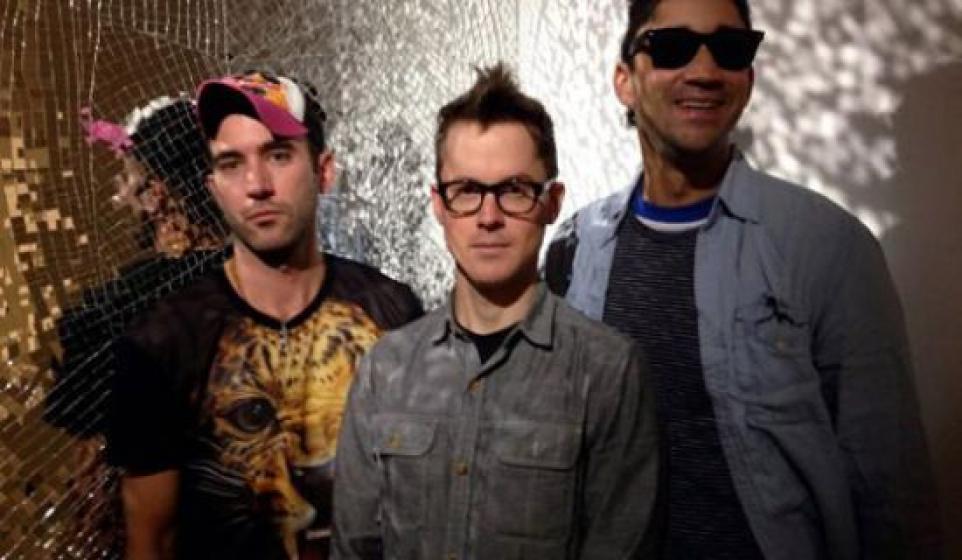 As a music aficionado who has always been pro-genre marriage and their associated procreation, it’s hard to discriminate any artist as absurd in a world where Aphex Twin exists. But every now and then, you run into a band that just can’t get the right balance of WOW and WTF to be measured by our standards.

Sisyphus happens to be one such fusion band that makes me wonder whether it was conceived carefully in the minds of musical maestros or happened to be the brainchild of a bromantic cocaine and alcohol-fueled night at the local pub. Kudos to BitCandy curator Duffster for the awesome find!

In case you missed it, scroll back up and take a good look at the picture above and take a bow. That’s a supergroup you’re staring at! Sisyphus is headed by the Jesus of Indie Folk, Sufjan Stevens, along with alternative hip-hop stars Son Lux and Serengeti. This guitar-based, digi-bongo acappella-rap-funk-comedy folk troupe weaves together an unusual soundscape to say the least.

What we have here is one of the most eccentric hip-hop acts in recent times, which is devoid of the gangsta machismo and sugar-coated with poppy melodies and funky beats. However, it’s a style that has its fair share of hits and misses. Take for example their single, “Booty Call.”

It conveys Sisyphus’ message of self-aware debauchery in mainstream music while trying to maintain their artistic integrity and not come off as a shitty post-modern Weird Al band.

The power of Sisyphus as a supergroup lies in their ability to do what most supergroups fail to do, which is setting aside egos and letting each member do what they do best. Son Lux’s versatile backbeats line up well to accommodate the seductive folksy vocals of Sufjan Stevens as well as Serengeti’s verse flows. This is best reflected in their track, “Rhythm Of Devotion.”

Although their hiphop-pop-tamus brainchild’s mellow R&B and synthpop style may not be the cup of tea for hip-hop lovers and die-hard Sufjan Stevens, Sisyphus takes a bold step forward to push the boundaries of storytelling in music by trolling to promote self-awareness.