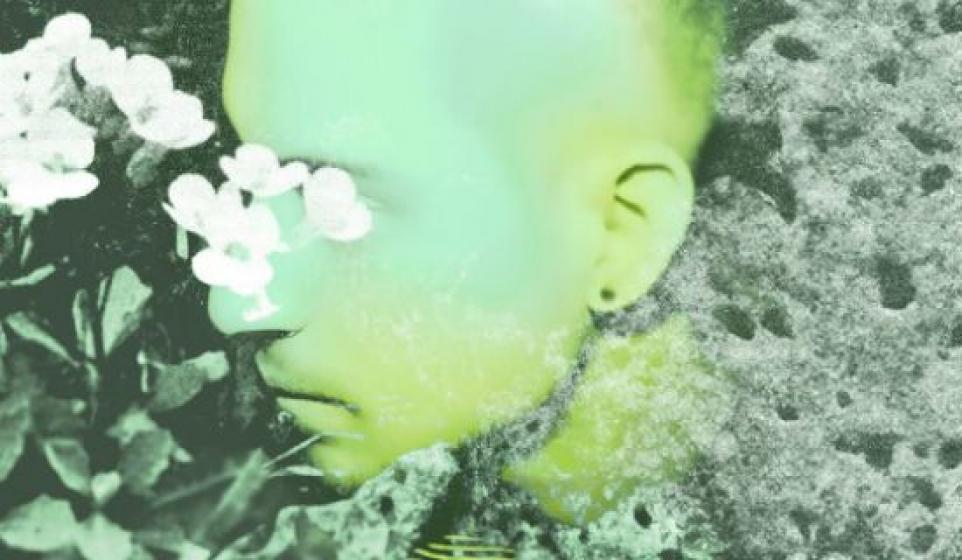 Minneapolis has a lot more to offer than a gigantic mall -- it has a thriving indie music scene and also happens to be the home of new artist Bradley Hale. Hale is by no means new to the industry. He's the drummer of the indie-rock trio Now, Now, and has also worked with the likes of Tegan and Sara and Death Cab For Cutie. Being a teenager during the late 1990s and early 2000s, Hale was drawn to the tween-pop and electronic music of the Y2K era and wanted to create a project in which he could incorporate those influences. So since 2012, he's been making electronic pop under the name Sombear.

But this is not just another ambient/chill-wave act that you will forget about by the time you're done reading this. I feel like a lot of times when it comes to chill-wave, vocals and lyrics tend to take a back seat (which is not necessarily a bad thing!), but Hale sets himself apart with his enticing lyrics and synths that make it all his own. His debut album, Love You In The Dark, is out now on Chris Walla's label, Trans-Records and I highly suggest you check it out.

The title track, "Love You In The Dark" is a perfect example of his attention grabbing song writing and lyrics that make you want to pay attention. With lyrics like, "I can't love you when you speak so sweetly about me," I can't help but think it's a song about learning how to accept the weirdness of someone being completely in love with you. It's been in my head all day and I don't think it's leaving anytime soon. I'm not complaining.

"Incredibly Still" features whimsical synth and beats that are reminiscent of M83 and Washed Out. Again, the lyrics are great and it would serve as a perfect addition to your chill-out summertime playlists.

Make sure you like Sombear's SoundCloud and Facebook pages to show him some love and maybe even catch him on tour (and tell him BitCandy sent ya!).