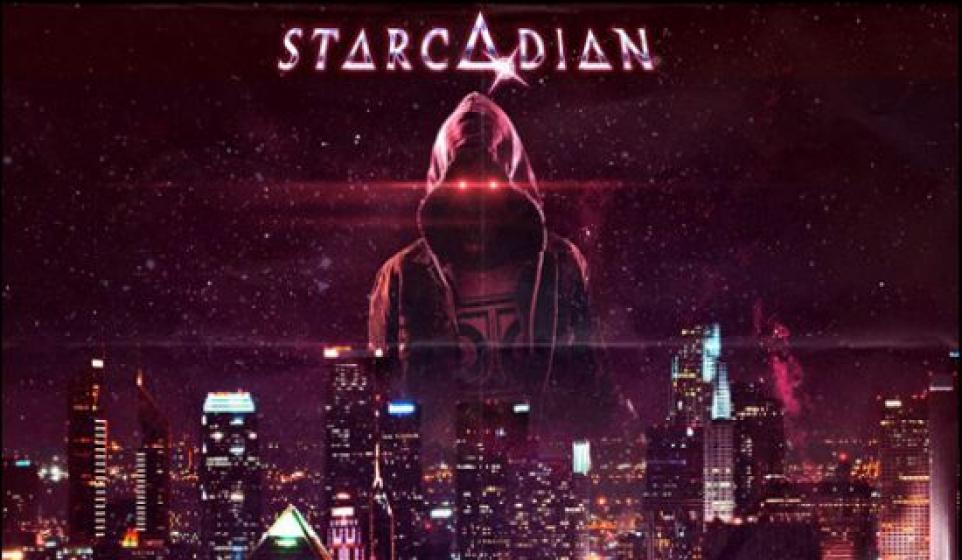 In the increasingly fragmented and ever-changing world of music, bands no longer need a label or MTV to help them break through. Because of this, any unknown artist can harbor fantasies of coming up with the perfect viral marketing plan and ascending to stardom overnight. Of all the ways for a band to try and garner attention, few have done so more creatively or effectively than new artist, Starcadian. And also mad props go out to our top Curator, Duffster who turned us on to the band.

According to legend, unknown Brooklyn retronic (that's a combination of retro electronic for you unhip readers) artist Starcadian posted the official video for his standout track "He^rt" on reddit. He told the unwashed masses he made the video with "$200, an old cockpit, and some editing software." The post quickly made it to reddit's front page, and the rest as they say is rock and roll history.

The video for "He^rt" wasn't made to be cheesy or tongue-in-cheek, but instead comes from an artist who has a genuine passion for making movies. Check it out below to see why the redditers loved it so much.

Outside of the above reddit story, there's almost nothing known about Starcadian. The only thing his Facebook page says about him is: "I make ear movies." If you listen to his (her?) songs, this is a pretty apt description. And really you don't need any more info on whomever the fuck is behind the Starcadian project. When your cracking out this brand of glorious, vintage 80's electronica, you want the music to speak for itself.

There's an originality to Starcadian's retro sound that can't be discounted. On one of his best cuts, "First Kill", he mixes an original beat with some Hall of Fame guest stars. Pulling verses from the likes of Ice Cube, Dr. Dre, Michael Jackson, Busta Rhymes, Wu Tang Clan, and countless others, Starcadian shows off the dichotomy that's at the heart of his sound. At once he (she?) is old-school yet contemporary, fresh but familiar. Essentially Starcadian is all things to all people (or just a really good retro artist).

Eventually Starcadian will have to tell us a thing or two about him or her, although I doubt the reveal will in anyway change anyone's interpretation of the music. Thus far Starcadian has released his/her/its debut record, Sunset Blood, and it's pretty tremendous. Starcadian compares quite favorably with Daft Punk, which may be an unfair comparison, but thus far he/she has earned it.

Thus far whomever the hell Starcadian is has shown a knack for making tremendous music videos. For instance the video for "Chinatown" is truly cinematic in its scope. Set in some sort of alternative universes, the video takes place in Los Angeles in the future. 1995 to be exact, and no none of that is a misprint. A string of disappearances in the night club circuit had led to a manhunt for the mysterious and elusive Starcadian figure.

Ultimately it probably doesn't matter who Starcadian is. If they keep churning out audios and visuals this good, they won't be unknown for long.