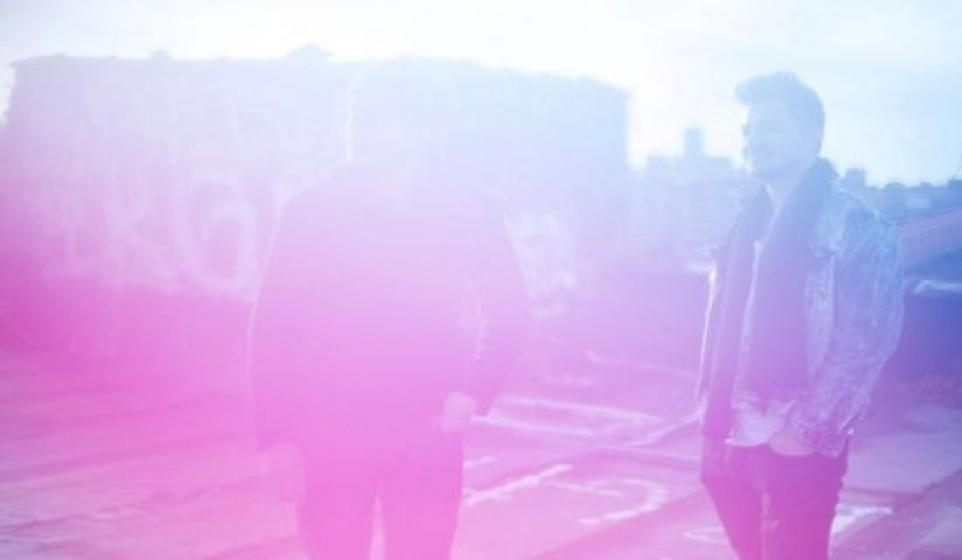 Swelling over the tender indie darling set with soft-focus angelic harmonies and a touch of reverb gaze, this Brooklyn via Sydney duo have ridden the chillwave movement with an organic flare, always grounding things with a guitar threading. At least one blog has referred to them as "church wave."

But you can wash that filth off of your mind with a meditation on the names of the four tracks they've birthed since their fall 2011 beginnings: "Flowers Bloom," "Open Season," "Ivy" and "Horses." Clearly, they have an affinity for nature. Not church.

Whether or not they were meant to be listened to in succession is a bit of a digital-unveiling mystery. But the falsetto-strung Radio Depart chimes of "Open Season" is a good place to start, ruminating on being "so tired living like a kite:"

Should you want to rewind to the order of the EP in which these tracks were put on, before they get split apart on a proper full length come January 2013, "Flowers Bloom" is transcendental, we suppose. But no need to bring church into the mix. Rather a very literal spring-awakening built on a blooming flower metaphor, that the two crack open with some vinyl hiss and a guitar tone that'd kept Robert Smith nice and warm during Disintegration sessions:

As lofty as they get, though, you quickly realize they're not ones for escapism. These are in-the-body experiences with tactile titles. Stop, breathe, listen to your body and the world in which you stand chases, underscored further with the above make-out session of a video. While "Ivy" paints an acoustic delay pastel about the vine consuming a character into a snow-mound. If you were looking for an encouragement to slow down and enjoy your own heartbeat this winter, you've got some friends in The High Highs: