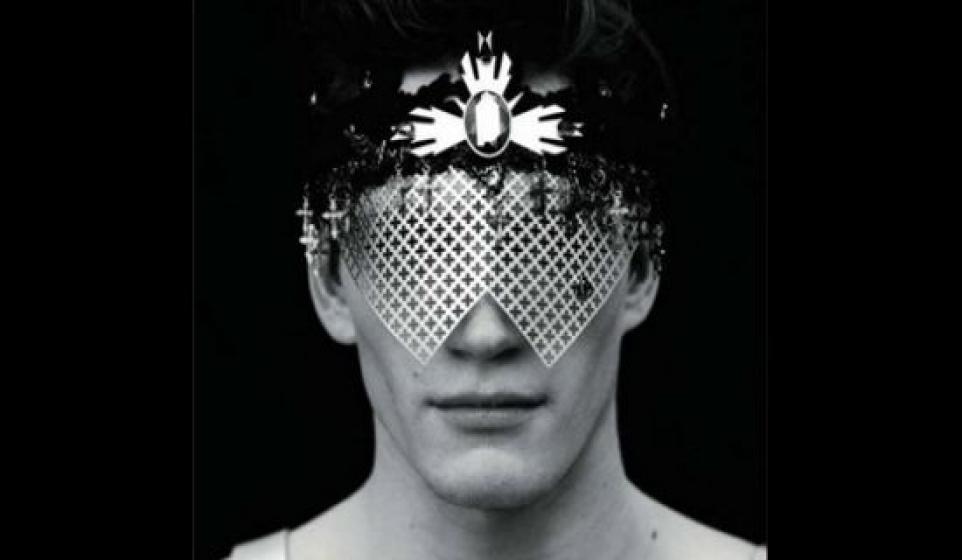 “We all wear masks, and the time comes when we cannot remove them without removing some of our own skin.” - André Berthiaume

People seem to have a primordial need to hide who they really are, cover parts of their true nature, etc. This is especially true for white people, but that's probably a subject for another time. Whatever it is mysterious new artist The Masks is hiding (or is it revealing?) remains to be seen. What is not left to the listener's imagination is the spell-binnding talent whomever is behind this new London act possesses.

Let's start with the song, a song that is very deserving of the commotion it's causing. "Midnight (Starring Cameron)" is as stunning a debut as you'll hear this year. The downtempo soul number is gorgeous and fluid as it jumps from genre to genre with the same ease the blue chick in the X-Men movies shifts shapes (I know who Mistique is, back off you guys). "Midnight" starts with some drowsy and disorienting electronics that immediately call to mind James Blake. Right around the midway point, the song breaks into a piano bridge that sets up the best bass kick this side of "Dark Horse." From there, the song soars in a delightfully dark manner before breaking into its classical jazz outro. No seriously, that's what happens.

Trying to describe what's going on in a song like "Midnight" is definitely above my pay-grade. But I know enough to know that it fucking rules.

The only bit of evidence of The Masks identity/existence is the photo that adorns this post and a Twitter feed that's primarily retweets about how great "Midnight" is. The headline for The Masks reads, "A silhouette without a face," which sounds smart and cool but offers nothing in the way of helping anyone figure out who's behind this incredible song. The only other track on The Masks soundcloud is a repost of a song by a similarly obscure producer named The Tokyo Beach. It's possible these artists are the same person/people. Or they could just be like-minded bros/babes/artists. There's no way of telling and even then it still wouldn't let us know who to praise (and then later dismiss) for the sheer awesomeness of "Midnight."

While masks cover something up, they also reveal a part of that person's true nature. Bruce Wayne isn't fully Bruce Wayne unless he can put on a mask and latex suit and beat the shit out of people stuck in the cycle of poverty. And really everyone knows that Bruce Wayne is really the mask, but that's also a subject for another time.

By covering their face and leaving the bare minimum information about their identity The Masks made a major disclosure. It's not about who's behind the mask; we likely have never heard of them anyway. It's about the music.

And "Midnight" tells us enough for now.