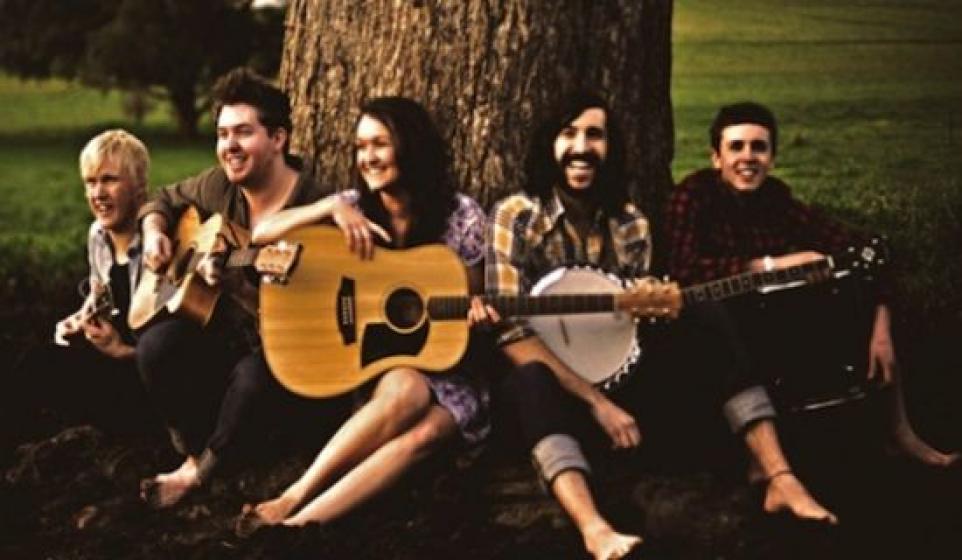 Indie Folk sensations from down under, The Paper Kites, have made quite a splash on the web since their first EP, Woodland, landed in 2011. With their success spread primarily online and by word of mouth, it's no surprise to find a wide variety of the band's music plastered all over YouTube and popular music forums.

Their soft-spoken, inherently folksy style will immediately draw comparisons to recent breakout artists The Lumineers and Mumford and Sons, but The Paper Kites have a softer hand when it comes to laying down the banjos, mandolins and tambourines on their tracks.

In these post-Mumford days where Indie Folk might as well be synonymous with Indie Pop, it appears The Paper Kites have arrived to annihilate that distinction entirely.

The Paper Kites' first single from their forthcoming "debut" LP, "St. Clarity," retains some hallmarks of other folk acts - the dulcet banjo, the wistful, longing lyrics, a laid back tempo - while heavily embracing crashing cymbal rides and plodding, thoughtful electric guitar. It's almost like Death Cab meets Blitzen Trapper. It's introspective, clear and concise and The Paper Kites pull off the genre meld like seasoned professionals.

Take a gander at "St. Clarity" and judge for yourself.

If "St. Clarity" blurs the lines between genres, then "A Maker of My Time" kicks them in the face and laughs at them. This song has folk, it's got rock, it's got a distinct country jangle, it's got a pop hook that might leave you with a black eye if you're not careful. This song does it all, and what's more, it does it well.

With an ending as abrupt as its beginning, "A Maker of My Time" crams a lot of action into 3:48. The tempo would almost feel bawdy if it weren't tempered so deftly by the vocals of lead-singer Sam Bentley. All of the disparate pieces of this track combine to make a solid piece of music.

The video is pretty damn entertaining too.

Existing and future fans of The Paper Kites will be happy to hear that the release of their first full-length LP, States, is happening this August 2013. States will feature "St Clarity" along with a number of as yet undisclosed tracks.

Currently The Paper Kites are touring in Australia, but they will be making their way stateside come October and November, so keep your eyes peeled for a date near you.

The Paper Kites are what independent music should be about: blending genres, crossing lines, experimentation. Indie music is for the acts that don't fit into the RIAA's cookie-cutter molds. Is this stuff really Earth shattering? No. Are The Paper Kites perfect? Far from it. But The Paper Kites are still one of the better new artists that I've come across. That's the fun with catching a young act like this early in their career, there's still plenty of time and room to grow.

Congrats to Christina T who gets yet another Curator badge...this time for The Paper Kites.  In other words...Christina T submitted the artist to us, we didn't know about it...and we loved it.  BOOM.  Find out more about this cool thing we are doing here where BitCandy is giving YOU the credit for music discovery finds. http://www.bitcandy.com/ars/how_it_works