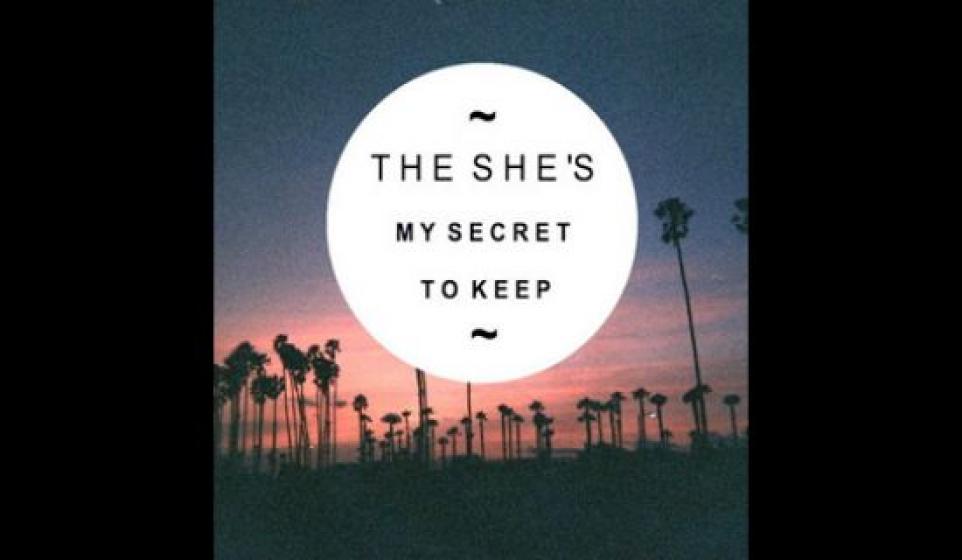 The She’s don’t appear to be very internet-savvy. Both their SoundCloud and Bandcamp pages only contain their newest single, “My Secret to Keep,” released in late April. I’m not sure if this is deliberate, a marketing move to draw singular attention to this new single, or maybe they’re being rebellious teenz (they’re all 19) and rallying against their generation’s addiction to technology. Maybe they’re just studying for finals.

THE SHE'S - MY SECRET TO KEEP

No matter what The She’s’ reason for their minimal presence online, they didn’t make my job easy. After more searching than I normally have to do, I found that 60s surfer/punk hybrid all-girl outfit hail from San Francisco and released their first EP, Then it Starts to Feel Like Summer, in 2011. Yes math wizzes, that means they released a 9-track record when they were 16 years old. What were you doing at 16? Personally I could only muster enough angst to brood in my room and play the Descendents’ “My Dad Sucks” at ear splitting levels. These girls were turning their angst into something beautiful.

The She’s formed in 2007, initially playing Ramones covers at open mics and in their respective basements. They took a good about 4 years to develop the sound featured on Then it Starts to Feel Like Summer, which is heavy on the 60s surf vibe in lyric and music, but with a healthy dose of do-wop in singer Hannah Valente’s lyrics. There’s also a souciant of punk sensibility to the whole thing. You can listen to previews and download on Amazon or iTunes. Here’s a video I managed to scrounge up of them performing their most popular single off this album, "Jimmy":

As is evidenced on “My Secret to Keep,” we can expect more of the same from The She’s in future releases: fun, surf-inspired pop ballads with a punk rock edge which belies their tender years. If their baseline is already this developed and mature, audiences are in for a rare treat as this band grows to become more emotive and powerful in their delivery.

If you’re looking for some fun summer tunes to watch the sunset and gaze dreamily at the horizon with your crush, The She’s have you covered, even though they might be tough to find. Thanks to this internet-savvy writer, however, you have all the links you need in one place. You’re welcome.