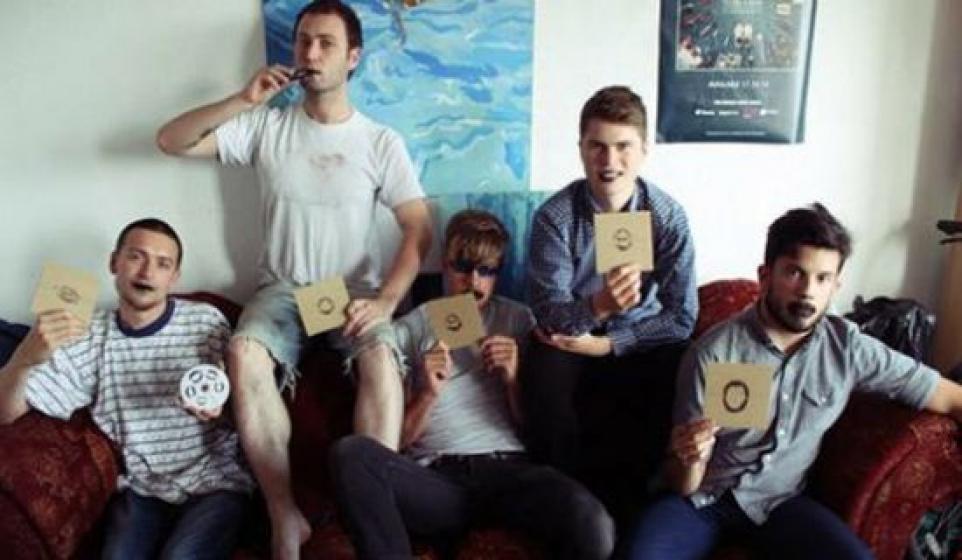 New Artist To Kill A King formed in 2009 when members Ralph Pelleymounter, Ian Dudfield, and Josh Platma were in school at Leeds University. The band was then called Kid iD, and like most people they quickly wised up and dropped their college nickname.

A two-sentence summary of To Kill A King would read: The love child of Mumford & Sons and Frightened Rabbits. Indie guitar rock is the Godfather.

If that description intrigues you, stick around. If it doesn't then that may mean I'm a bad writer and you should at least listen to a song or two. C'mon give 'em a chance, don't punish them because of my inadequacies.

Now a certain type of person would dismiss To Kill A King because they're signed to Ben Mumford's label, while others will never give them a chance because of their accents. Both these types of people are missing out on a tremendous band, and at the end of the day they just plain suck.

Never judge a book by it's cover, you guys. These Brits seem capable of just about anything. They sound like a good version of Mumford & Sons, or a better version of We Were Promised Jetpacks. It's hard to a move away from the Mumford thing, for all the obvious reasons. And one fears that To Kill A King may get pigeonholed because of this relationship, which would just be unfair.

This orch-folk quintet creates deeply layered and technically brilliants songs that are always ways accessible and i inviting despite their intricacies. Given the tightness of their sound one record in, who's not what to expect from To Kill A King going forward.

But if they just keep making songs as good as "Fictional State" I'll be okay with that.

While the band is in its element with the sort of The National-esque slow-burn rockers showcased above, they can also cut loose and write a carefree jam like "Funeral," which I assure you is a light as a song with that title can be.

To Kill A King's debut album, Cannibals With Cutlery, is out now. You can pick it up here, or stream it for free on Spotify or Soundcloud if you're broke or cheap.

If there are any new artists you think we should take a look at, let us know. Become a Bitcandy Curator, assuming you have what it takes...and on that note, CONRATS to Pucken, our new Curator from Uppsala, Sweden...who brought us To Kill A King!