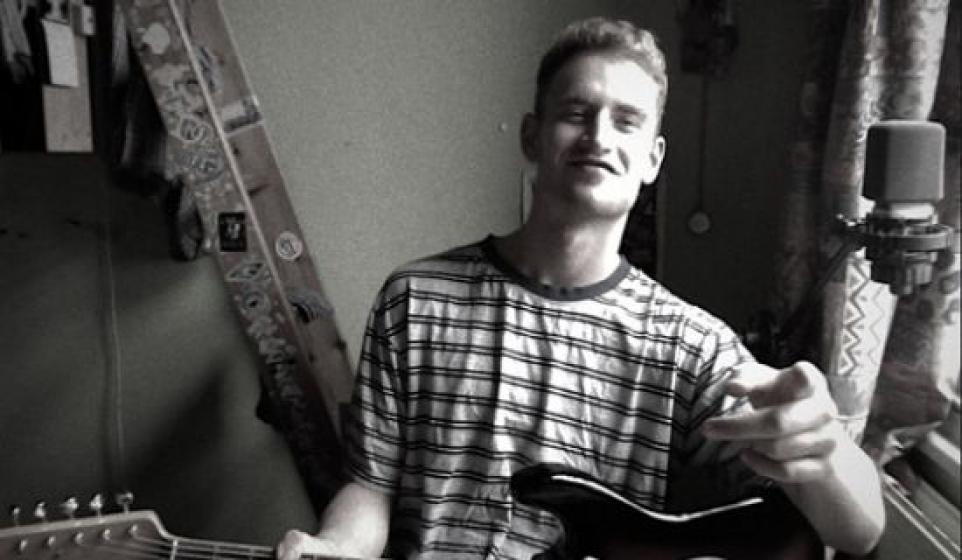 New Artist Tom Misch just wasn’t made for this time. In an era in which everything is fragmented and niche-based, a legit quadruple-threat like Mr. Misch seems completely out of place. The 18 year old prodigy from South London can quite easily say he’s a producer, singer, guitarist, and violinist. It doesn’t matter which medium or genre he decides to apply his craft to, the result is always the same: ear candy.

As of right now, the barely-a-man uses all of his considerable talent when crafting his songs. He’s extraordinarily prolific and despite his age, the inexhaustible productivity has yet to lead to a diminished final product. Misch has been making waves on several in-the-know blogs for a minute now, but he’s largely unknown. However, unlike just about everyone else who’s ever been 18, Tom doesn’t seem to be terribly interested in fame. Rather than being an attention-whore and self-promoter, he lets his music speak for itself.

It’s telling that the young artist’s best works are his collaborations, usually with the ladies in his life: sister Laura and the lovely Carmody.

Like most virtuosos, Misch has been involved with music practically since birth. His father ‘forced’ him to start playing violin at the age of 3. Along with starting him on his musical journey, this also helped develop an understanding and appreciation for classical music, which shows itself throughout his already immense catalog.

As a producer, Misch creates beat that sound like someone who spent their formative years bumping 90’s geniuses like J. Dilla, A Tribe Called Quest, and Slum Village. J. Dilla’s mother actually gave Misch a shout out on Twitter, an incident that doubles as validation that you’ve made it and that you’re through the looking glass. In regards to his beats, Tom has said that he aims to “make instrumentals that will effect peoples mood in a positive way but also make people think.” He accomplishes this with relative ease. His beats could work as both ambient chill music, or as legit backing tracks for any number of rappers. The later isn’t likely to happen anytime soon, as one of the few bits of information on Misch’s Soundcloud is that he’s not looking to work with MCs. He adds an ‘lol’ afterwards for emphasis or because everyone with common sense wants a piece of this guy.

If an artist were merely making the beats that Tom Misch does, we’d be floored and do a New Artist Finds piece on them anyway. What makes him so intriguing, though, is that his instrumentals are but one of the many weapons he’s got in his arsenal.

Rafael Nadal has won 13 Grand Slam Titles and is currently the top ranked tennis player in the world. What’s insane is that none of that almost happened. As a young boy, Rafa was equally talented in tennis and soccer. At the absurdly young age of 11 he had to decided which sport to concentrate on. We obviously know how that turned out, but it’s silly to think that the world was almost deprived of the greatest clay court tennis player of all time. Also, no one should be making life-changing decisions at the age of 11.

The above paragraph is not to suggest that Tom Misch is going to go on to be the Rafael Nadal of whatever he does, but to illustrate a point that rarely are people allowed to be great at multiple things. There will likely be a point in the near future in which Misch is told to focus his music more, for commercial purposes. It feels like a social/fiscal inevitability, but here’s to hoping it doesn’t happen.

Misch crafts hip hop and R&B songs and beats that have sonic maturity that suggests the work of a much older artist. He plays the guitar and violin well enough to be a studio player for here until eternity. His voice is singular enough that he could easily be a premier R&B artist. I'm not sure where Tom will end up, but I hope I stick around long enough to find out.

As of now Mr. Misch is unsigned. Act fast major labels, cause this wunderkind is slated to start towards his degree in jazz guitar this fall.