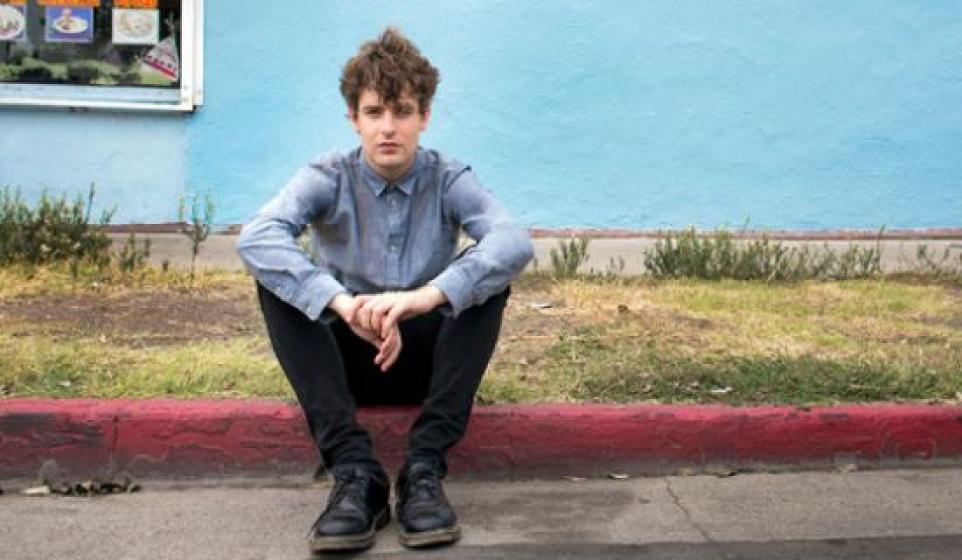 At first glance there's something about new artist Voyageur that doesn't add up. It's the solo project of Liam O'Donnell, who's both a distant relative of Oscar Wilde and already has an acclaimed hit in "If It Wasn't For You" as Various Cruelties. Why go through the trouble of starting another band when you've already got the world ready to buy diamonds?

ZALES TV COMMERCIAL - IF IT WASN'T FOR YOU

All solid and relevant questions given the circumstances. Now allow me to present you with a very simple answer: Just listen to the music.

VOYAGEUR "TEAR MY HEART OUT"

Since he named his last outfit after an Ed Ruscha painting, it's save to assume that O'Donnell named this band after stumbling upon the fourth installment of Star Trek. The UK-native with Scottish and British roots recently relocated to Los Angeles, where he spends his time make witty observations about the culture.

Under his latest pseudonym, O'Donnell has a grand total of four tracks, but they are each spectacular in their own right. And not to take anything away from the motown stylings of Various Cruelties, but O'Donnell seems more in his element as Voyageur. His pristine pop vocals are still at the core of things, and his voice still feels like it could move mountains here. It's the music that surrounds his powerful vocals though that makes Voyageur kick. Brilliantly combining elements of EDM, hip hop, soul, and few dozen other genres, the two de-facto EPs O'Donnell has released showcase his prowess as a producer.

O'Donnell has also progressed as a songwriter since Various Cruelties 2012 self-titled effort. Tracks like "Wasteland" feels like a timeless love song about lost youth. Or maybe it's just a cleaver little nod to the bridge on "Baba O'Reiley." Who's to say?

At first glance it doesn't appear that Liam O'Donnell needed a new name to sing under. Various Cruelties is already a solo project for all intents and purposes, and they already have a certifiable hit. Plus, they only have one record, so it's not like their sound has already been pigeonholed.

Ultimately though it doesn't matter what Mr. O'Donnell wants to call himself when making music. He can create as many bands as he wants, as far as I am concerned. 'Cause so far they just keep getting better.

You'll never guess who let us know about Voyageur. Don't want to play that game? Fine, be like that.

If you had guessed, though, a good one would have been Duffster. He's our top Curator for a reason,  which means here at Bitcandy we're supplying him with that second income stream infomercials are always promising. So what are you waiting for? Become a curator already and get your second income stream going today!