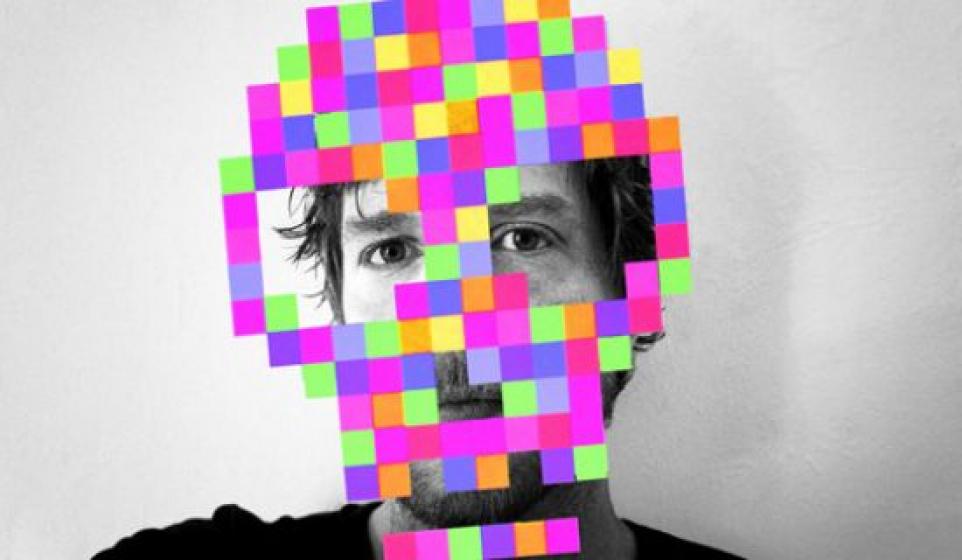 NEW ARTIST FINDS: WE ARE TEMPORARY

Music, like all art, is inherently personal. But the music of new artist, We Are Temporary, the brainchild of Brooklynite Mark Roberts, seems to be abrasively personal.

Taking his moniker to heart, Roberts is entirely transparent when detailing the highs and, mostly, the lows of his personal, love, and sex life. It's refreshingly honest, if not a little jarring at first. But the more you listen to the music of We Are Temporary and the more you learn about Mark Roberts, you begin to realize THAT'S THE F&%#ING POINT!

WE ARE TEMPORARY "SATELLITES"

Raised in Germany by his "perfectionist" parents, Roberts was exposed to music at an extremely early age because his American mother sang opera in Deutschland. His mother's devotion to her craft, she practiced at least six hours a day, impacted Roberts in a number of ways. He picked up the classical guitar at a young age, beginning what has become a life-long musical journey. Soon he began to expound his musical horizons by creating new sounds with synths, MS DOS, and multi-track tape recorders. At Northwestern University Roberts studied music composition and philosophy. He then moved on to the University go Canterbury in New Zealand, where he studied evolutionary aesthetics. Those last two fields may not seem like they have anything to do with what Roberts does as We Are Temporary, but they are actually as important as his eduction in composition.

The name We Are Temporary acts as an extension of Roberts' philosophy and mantra. We Are Temporary is as much about his philosophical beliefs as it is his musical creativity. A devote atheist, Roberts believes that this life and world are all that we have, so you may as well make the most of it. Call it a better-articulated YOLO of sorts. But more than just living for the moment, or some hackyned shit like that, We Are Temporary details just how Roberts' personal value-system brought about irreconcible  differences between him and a lover. Whether they want to be or not, listeners are given a front row seat to the mental, emotional, and spiritual drama the unfolds as Roberts' life falls apart.

This is music that despite being very pretty at times, is not for the faint of heart.

WE ARE TEMPORARY "SWORDS"

In 2009, while under the name The Enright House, Roberts reconnected with his college sweetheart at South By Southwest. Presumably Foursquare brought them back together. The two then moved to Brooklyn together, even though Roberts' new-old partner didn't share his beliefs, and was in fact a Mormon. Now you could argue that Mormonism and Atheism are two different sides of the same coin, but even if you agree with that they certainly aren't compatible.

"Your prudish chill, your abstinent drill / I’m sick of your beliefs… I need to be loved by someone else / More sexual than you / A Kindred heart’s just not good enough," Roberts sings on "Swords," just one of several examples of the raw emotions and private-confessions found on the Afterthoughts EP.

Along with the personal drama that came with his love life's unraveling, the music of We Are Temporary was also shaped by a near-tragic event in Roberts' life. In 2012, during one of several low moments he experienced post-breakup, Roberts suffered an accidental overdose. He awoke later in the emergency room. Much like his highly personal and revealing lyrics, Roberts has spoken candidly about the night his life nearly ended.

“I was absolutely hysterical and inconsolable. I thought I was dying, and no one I loved was there with me, and I hadn’t left anything meaningful behind. When I finally gave up struggling, I fell through myself and awoke in a room of golden light. I was surrounded by dozens of people, whom I didn’t know, but who knew me and loved me. It was the most meaningful and humbling experience of my life, and I still can’t talk about it lucidly."

That sounds pretty lucid to me, but its provocative stuff nonetheless. Using his personal failings and the over-dose as fuel, Roberts seemlessly blends genres like post-rock, EDM, dark wave, and ambient together to create the songs for his stunning Afterthoughts EP. I might be the only one, but the combination of personal philosophy and raw emotions present in We Are Temporary recalls the songwriting Conor Oberst. It's immensely powerful stuff and damned good music too.

Roberts says that in the end his music as We Are Temporary and the Afterthoughts EP is about coming to terms with his imperfections, both musically and personally. Regardless of your beliefs, that's something we all need to learn to do.

WE ARE TEMPORARY "AFTERTHOUGHTS"

Thanks to Duffster for tipping us off to We Are Temporary. If you were a Bitcandy Curator like him, we'd pay you for your musical discoveries too.