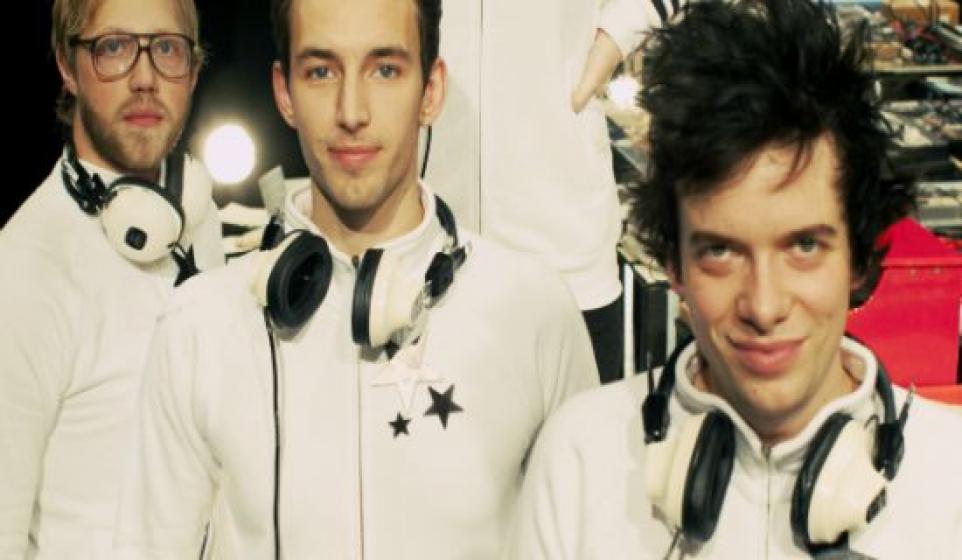 The phantasmal four-piece hail from Sweden (where else?). Their name - Wintergatan, if you didn't already guess - is Swedish for “The Milky Way.” They have unveiled only two songs thus far, but that is all you will need to fall under their Nordic spell.

Wintergatan play a multitude of instruments, some of which you may never have heard of (lentils snare, anybody?), some of which they invented and built themselves (we will get to that later!).

The quartet introduced themselves in January with “Sommarfågel.” Combining a starry-eyed instrumental with a whimsical, cut-out animation, it seemed there was more to Wintergatan than your run-of-the-mill Scandibopper:

A few days later, the band followed up “Sommarfågel” with “Starmachine2000,” the musical accompaniment to a supernatural 8-bit video game that never was. Watch until the end of the video; it turns into a bucolic, unmistakably Swedish edition of How It's Made:

That's all we have – for now! Wintergatan release their debut album on May 1st, but until then, we implore you to tell your friends about “Sommarfågel” and “Starmachine2000,” and, in the words of emerging front man, Martin, “don't let the dementors bring you down!”