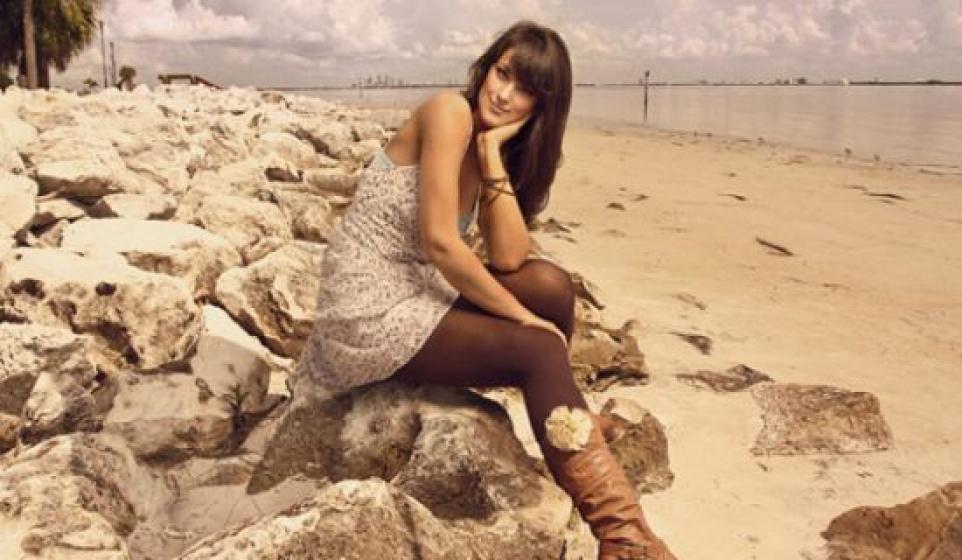 For a minute there it looked Bobbie Allen’s lone brush with fame was going to be being the hot, singing daughter of the “other General” in the David Petraeus Scandal. But then she underwent the transformation to become new artist Young Summer and everything changed.

Well not really, but the name change probably kept all non-asshole writers from mentioning her father’s brush with infamy. Which is a good thing, because her music is great and should really speak for itself.

Moving around as much as you’d expect the daughter of a four-star general to, Allen took comfort in music at a young age, partially as a coping mechanism for all the moving. As the world and scenery constantly changed around her, she found solace in the consistency of the music she loved.

Another factor from her youth that kept Allen keyed into music at a young age: her mother's constant singing. Emulating her mother, Allen began to sing whenever she felt like it, a habit encourage by her teachers and parents. If you're looking for a reason behind the pristine alto that carriers every Young Summer track, look no further than the formative years of the songstress at its helm.

Now based in Washington D.C., Allen is defying the beltway's unofficial slogan: 'Hollywood for Ugly People.' Her first big break came in her de-facto hometown of Nashville. One night, then preforming under her own name, Allen was lucky enough to open for the legendary local songwriter, Trent Dabbs. The two immediately struck up a friendship, and Dabbs agreed to help her with her music. After a single writing session they came up with the Young Summer moniker.

What Dabbs saw and heard that night in Nashville is what is just starting to dawn on the rest of us: this girl is a singular talent.

"As soon as I heard Bobbie's voice, it struck a chord in me that I couldn't ignore," says Dabbs. "I immediately knew that with the proper production and songwriting collaboration, she would catch a fire with listeners."

YOUNG SUMMER “WAVES THAT ROLLED YOU UNDER”

With her unique brand of synth-based indie pop, Young Summer has been compared to artists as diverse as Beach House, Katy Perry, and BANKS. It seems strange to say an alto has a booming, powerful voice, but that's exactly what Allen possesses. Lyrically, Allen is taking to the adage of 'write what you know.' And what she knows appears to be raw, unadulterated genuineness.

"It really is no-holds-barred in its honesty. It feels that way when you hear it because that concept is very deliberate. That's the thread that brings all of the songs together and makes them related. It all comes from a very sincere and honest place."

Thus far Allen has only a handful of singles and the Fever Dream EP to her name, but that hasn't stopped us and others from taking notice. Earlier this month she released a new single, "Taken," which is currently climbing the charts on Hype Machine. A debut full-length is promised for later this year. Regardless, though, it seems like this Young Summer is going to be around a while.

If you know of any other four-star general's who have beautiful, angle-voiced daughters, we'd like to pay you for that information. Become a Bitcandy Curator today and get paid for the hidden gems in your musical collection.