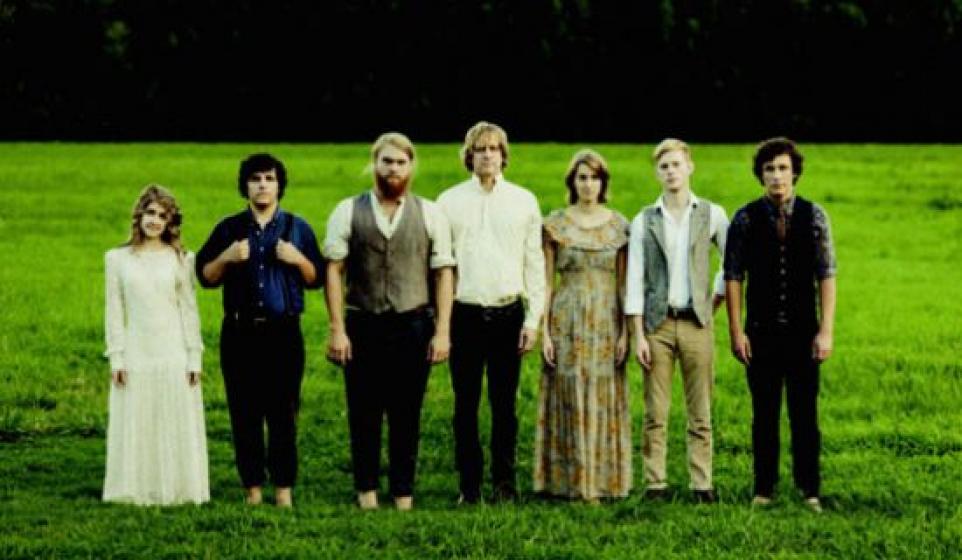 On first listen, it would be easy to compare The Last Bison to Mumford & Sons and leave it at that. But we here at Bitcandy know better, which is why you like us! It’s true, they are a folksy, accessible band, but they are so much more.

When researching this article, I found out a lot about the back-story to this band, which makes them seem all the more genuine. The Last Bison is a seven piece outfit from Virginia made up of family members, friends, and classically trained artists. Ben Hardesty is on lead vocals, joined by his sister Annah and brother Dan on background vocals. Childhood friends Jay and Andrew Benfante rock the percussions and a seventy five year old pump organ, respectively. Amos Housworth and Teresa Tothero add their classical training on cello and violin, and were found through a local home-schooling collective.

That’s a fun fact about this group; six of them were home-schooled. These kids are the real deal. Home-schooled on a ranch in Virginia, forming a band with your church buddies…it doesn’t get more folksy than that.

The first song that I heard from The Last Bison is the upbeat and heartfelt “Switzerland.” Ben Hardesty’s growling voice makes everything he sings seem so desperate (in a good way) and raw. A seven piece band might seem like it would be a lot for the ears to handle, but all the instruments are so clean sounding and compliment each other so well that each new instrument is just another delicious layer, adding to the depth of the sound.

Another great track is “Dark Am I,” one of their so-called “gypsy songs.”

Sorry that the video for this one isn’t the greatest quality, but I love it because I like to think of it as The Last Bison in their natural habitat, sitting around outside, casually, expertly playing their instruments. They sound amazing playing in a forest with no acoustics or editing, so you know they’re crazy talented and would kill it live.

Their first album, Inheritance, comes out March 5th, and I would recommend picking that up so that when all your friends are raving about The Last Bison after SXSW, you can be the cool friend who has been a fan for ages.