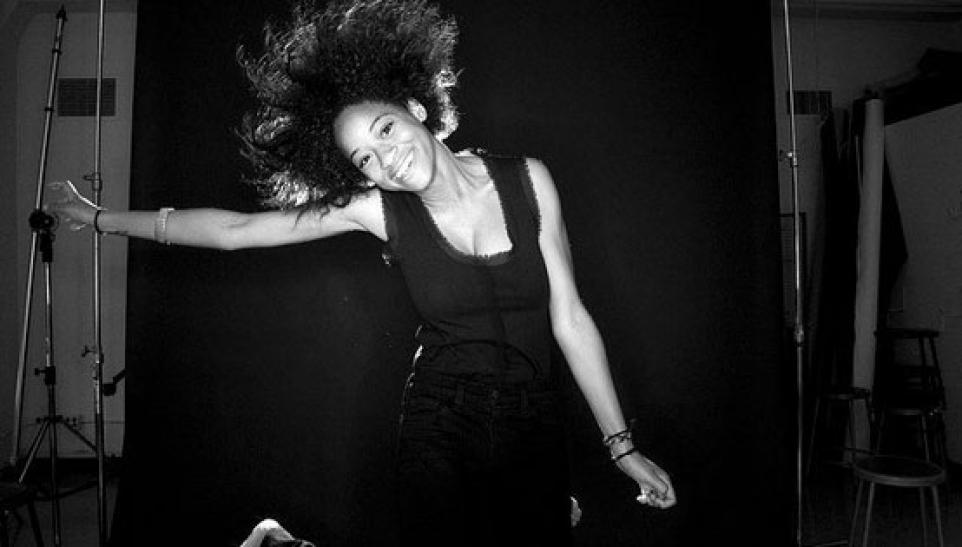 Kilo Kish is about to blow up. She has already collaborated with Childish Gambino, and her most popular track, “Navy,” was produced by The Internet of Odd Future. That’s pretty impressive for a first mixtape.

Kilo Kish, born Lakisha Robinson, is a 22 year old Brooklyn-based, self-proclaimed “all around renaissance girl.” Let’s ignore her other talents for right now and focus on her mixtape, Homeschool. Released about 6 months ago, Homeschool is gaining popularity, especially “Navy,” which has been getting some well-deserved attention on the interwebs. One of the reasons why I like this song so much is because the lyrics read like a poem.

The video for “Navy” was posted a few days ago, and it deserves more than the 13,000 views it currently has. Take a minute to check it out.

This is a self-directed video, and it’s incredible. From this video, or “visual,” as Kish calls it, it’s clear that she has earned the right to call herself a renaissance girl. The trippy-ness adds to the chill beats and laid back rap thing she has going.

More standouts from Homeschool are “Crosstown” and “Julienne,” both produced by Matt Martians, founding member of Odd Future and part of The Jet Age of Tomorrow. “Crosstown” is a little more aggressive, musically and lyrically, than most of the other songs on this mixtape, but I like it. Kilo Kish is showing a little more edge.

“Julienne” is nice because of the cute vocal pattern and the sweet chimes, but then you listen to the lyrics, and realize that this song is not a happy one. It’s definitely about getting revenge on an ex in a very violent way. But it’s still a pretty song!

Kilo Kish has a bold, unique sound, and based on this first effort, she’s going to do very well for herself. But remember, you heard it here first!

Head is on my pillow
Thinking of where this could go
I'm slowing down the tempo
Your eyes so black they're like the universe in me
I think that's what I'm trying to see
Cause if you have enough to be
Every part, of everything
My fingertips are burning
Scratching and they're yearning
They wanna be at your place
Chalk out lining your face
Do you know how stars taste?
Well you'll find out one day
Maybe me, maybe not
Stick around, you'll learn alot
Let's go over under
Let's go where I wonder
If we'll ever come back
And if your mind can trace that
You'll find that I'm in you
And you're inside me too
Sending busy signals
Interstellar rituals, you know

Star Trek, effects
Dynamite, reflex
I respect your intent
Introspective defects
Let's play a new game
Give me a martian name
You don't have to explain
No it's better this way
Galaxy crusader
You'll be my dictator
The mercury in flavor
Of my now and later
Starlight , Star bright
Take me on an endless flight
Make me shine like disco lights
Red and blue, green and white
Arctic the sky
Fluorescent night
Oxygen intensifies the solar system and beyond
The planet inbetween our palms
In deep space I erase
All the memories of her face
Our travels will replace
Everything you once chased