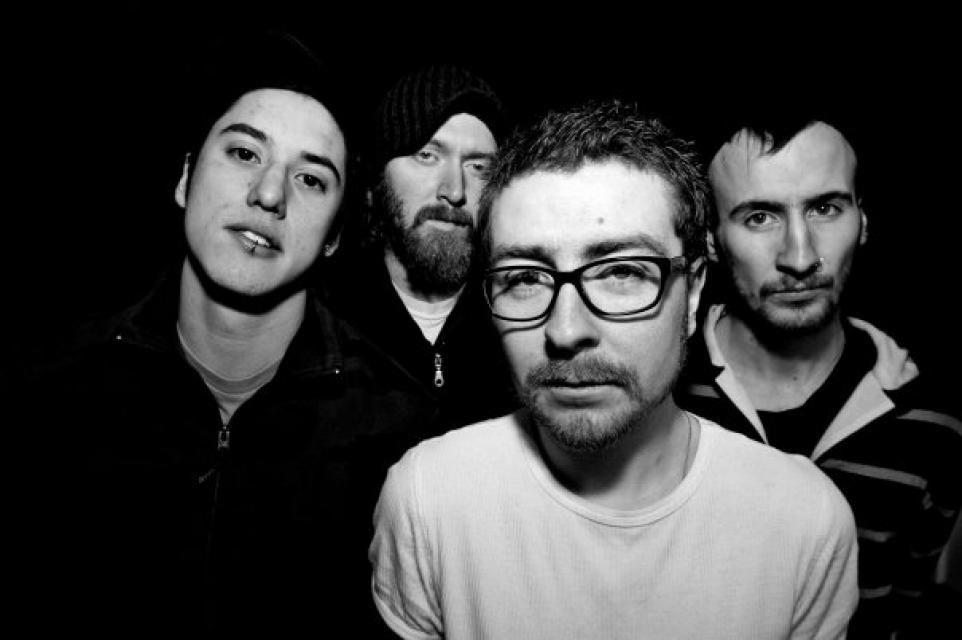 New Finds: And So I Watch You From Afar

Battling And You Will Know Us by the Trail of Dead for "Best Band Acronym," Northern Ireland's And So I Watch You From Afar (or ASIWYFA) might instead be from another planet where money has been replaced by headbangs and handshakes have turned into guitar riffs. The power trio keeps things relatively simple, brandishing worn-out guitars and packing one of the most intense drummers in modern music.

ASIWYFA comes equipped with three EPs, two albums, and one mode of destruction: cranked-up, balls-out, down-your-gullet energy. For those of you hipsters too afraid to listen to metal, this band is for you. You never have to feel inadequate in the face of a primal Slayer scream or high-pitched Iron Maiden wail. You can do that thing that you think a moshing looks like or just film it with your smartphone while bobbing your head. Just don't expect the crowd to give a shit, as they are most likely to be raptured by the spiraling guitars and breakneck drumming.

When they aren't thrashing, the band springs into technical movements within a track that push those envelopes even further with each guitar harmonic and off-time drum pattern. Ultimately, the band swells their combination of instrumental storytelling into a crescendo of chug, sometimes brutal, sometimes brainy, but always with robotic precision. No other band reaches these heights, but if a comparison must be made, imagine if Appleseed Cast had balls, Battles stopped fucking around on the synthesizer, or if Explosions in the Sky focused on chugging and wailing instead of Friday Night Lights.

The first video shows off one of the band's best tracks, "Set Guitars to Kill" (skip to 1:00 for maximum rock efficiency) while the second is a 40+ minute studio session where the band plays their new album, Gangs, in its entirety. When was the last time your favorite band put up a free in-studio concert of their entire album? Yea, didn't think so.

And So I Watch You From Afar - Gangs from Bandwidth on Vimeo.