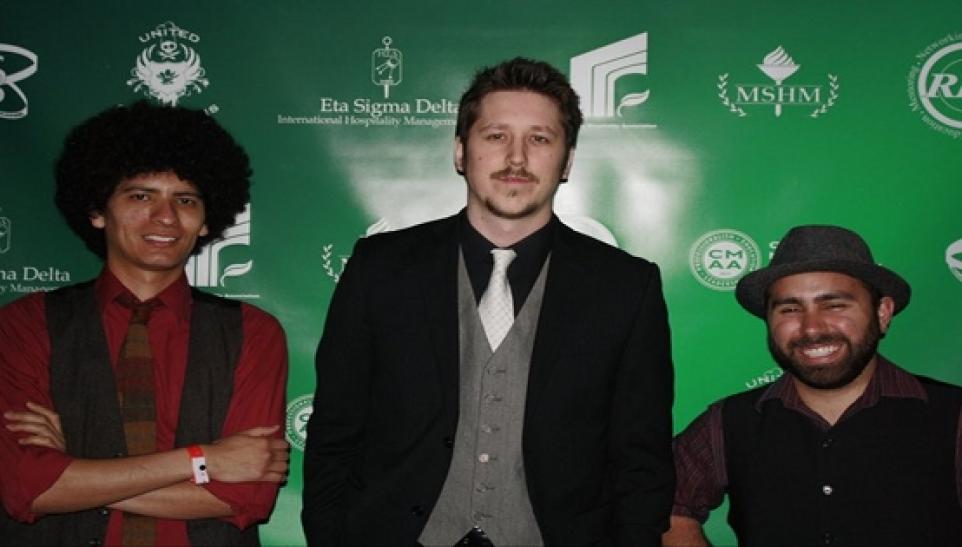 We all learn at an early age not to judge people based on their appearance. Some people are very good at this; I am not one of those people.

Based solely on their looks, LA's Dinosaurs on Mars seem to resemble a pair of beatkniks from some yuppy New York borough.

But instead of auditioning for the lead roles in the Williamsburg community theatre production of The Importance of Being Earnest, Steven Mucci, Nathan Casas and Tom Morris (not pictured) craft synth-powered pop songs like "Signals."

Steve and Nate are the brainchild of Dinosaurs on Mars, and along with being extremely talented musicians they're both are high school math teachers. Steve admits to using the fact that he's in a band to help gain the attention of unresponsive students.

"When the kids find out that we're in a band they get very excited. We've found that they respond better and have a weird respect for us after they find out."

With musical stylings that echo the Talking Heads and U2, it's not surprising that students sit up and take notice of them.

On their track "I'm Not Going Up in the Experimental Rocket," the guys enlist the help of A-Roc from A-Roc & A Hard Place to rap over a song that also includes a banjo. Somehow this all works; listen to it below:

Their debut album comes out March 25th. You can pick it up at CDBaby and eventually on ITunes. In the meantime, head over to their Soundcloud page, where they mystifyingly have only 9 followers, to hear some more of their songs.