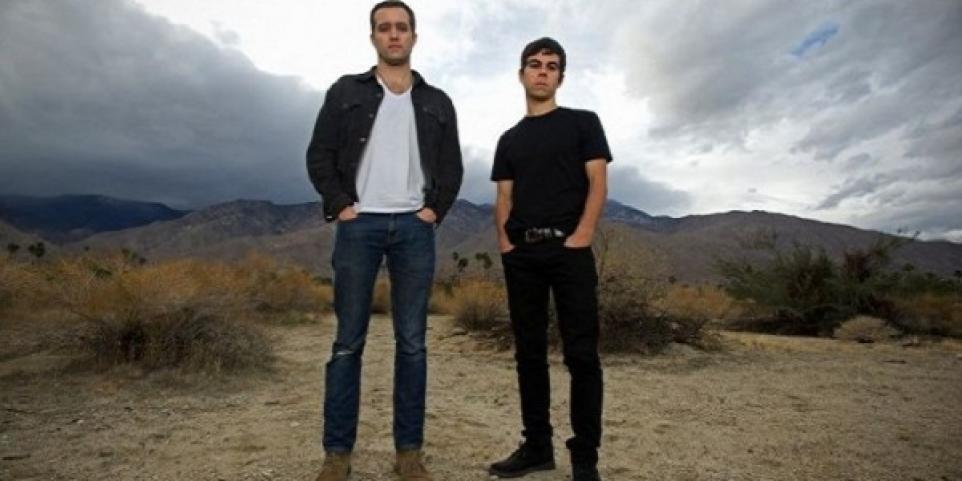 Electric Guest have only played a handful of gigs, and each with a self-confessed sprinkling of awkwardness, but despite being relative rookies live, they are nevertheless capturing an increasing amount of hipsters' hearts (including ours!).

Whether it is Lennon and McCartney, or Avey Tare and Panda Bear, there is nothing quite like parallel yet paradoxical song writing partnerships. Electric Guest are another one of those curiously conflicting combos. Made up of Asa Taccone, a Berkeley hip hop/soul kid, and his indie/60s French pop inclined Virginia band mate, Matt Compton, this (now LA based) pairing divinely dance between each others' musical backgrounds in order to web an overtly-eclectic sound which somehow slinks from MoTown to electro to chillwave.

(Oh, and did we forget to mention the little fact that Brian Burton, aka Dangermouse, is this pair's producer/generally biggest fan too?)

Check out some of our favorite cuts from Electric Guest, below, including the official video for "American Daydream," and the 8 minute ambiant-epic, "Troubleman." Meanwhile, look out for the duo's Dangermouse-produced debut album, Mondo, out April 24th.