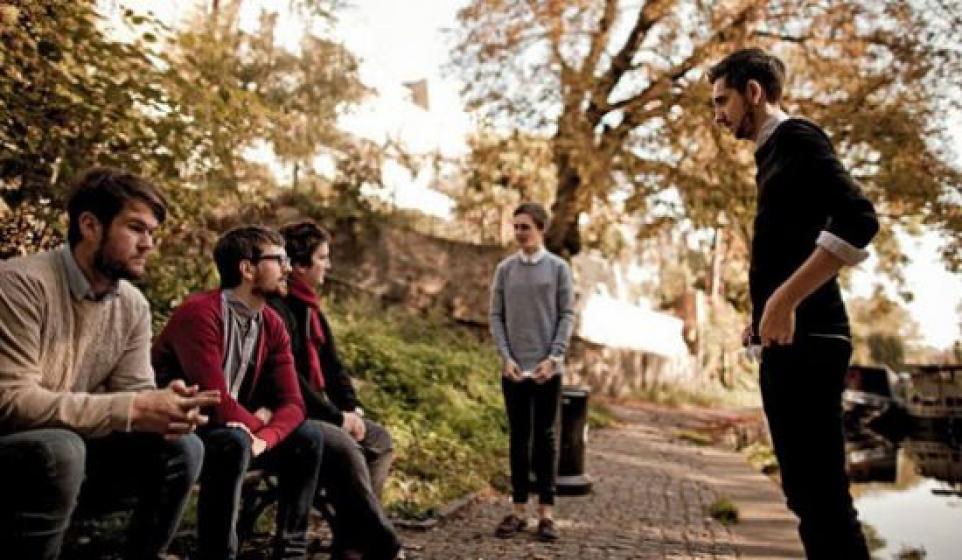 Part of 2012's new class of indie swell, this London quintet chases that perfect concoction of cheer, drama and charge, sometimes cast in a bright beam of folk and string light, other times seemingly embattled in this good fight with its AOR leanings, like some nerdy, twee cast of Coldplay hearts wallowing over a slowcore piano dance, until there's a collective harmony about death and what happens after it and a cymbal-wash push to get the hell out of it, usually met with an electric-guitar call for backup:

In the case of the above "Trees," they've slapped it with supreme amounts of screaming catharsis in the refrain. But they don't really hit their stride until the horns come in, as with "The Southern Wild," and they explode with Freelance Whales-type rhythmics - woodblocks and kick-drums a-skip, howling the Whales' same repetitive series of "ohs," building into a sentiment that couldn't describe a band called Eliza and The Bear any more perfectly: "When it feels like love has passed you by, I won't go and tell you how to live your life. Because you got a lion's heart. You gotta find it."