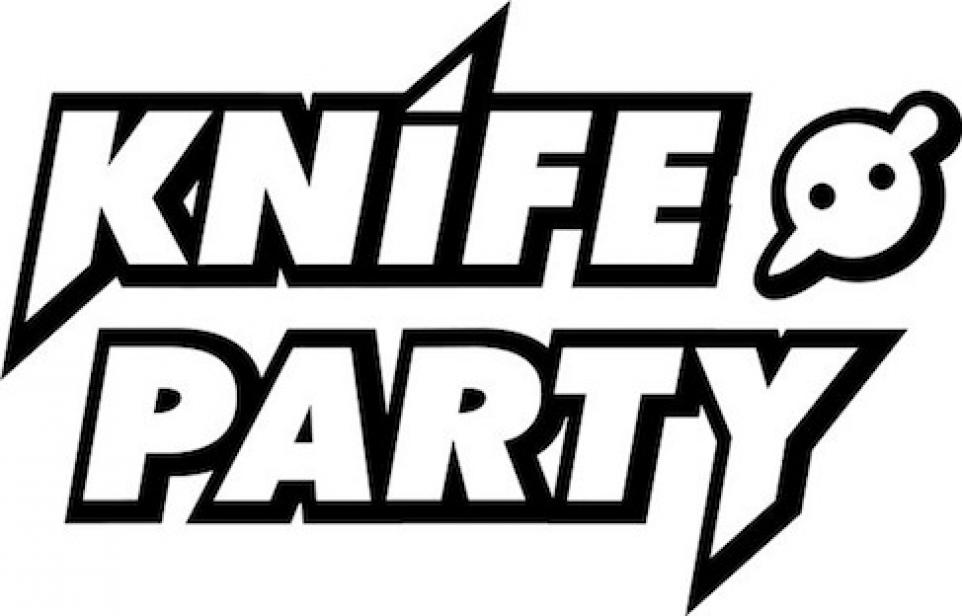 If you haven't heard Knife Party yet then wake the fuck up and put on your dancing pants. This Australian duo, made up of Rob Swire and Gareth McGrillen (of Pendulum) will be dominating global airwaves this year with their recent EP titled "100% No Modern Voice." This is gonna be one of the biggest, most badass electro acts of 2012. How do I know this? Well, a couple reasons:
1. They have an undeniably fun and well-produced multi-genre style of music.
2. Swire and McGrillen aren't two bros fooling around on traktor at some college party; they're seasoned pros who know what they're doing.

"Internet Friends" kicks off the EP with a vocal intro including a few pop culture references (the iPhone got me...) and saying "Now you're going to die" before dropping a fat, grinding, dirty bass that sets the tone for the rest of the EP.

This is my favorite off of "100% No Modern Voice." It reminds me of a better version of Deadmau5. Its less progressive trance and more aggressive electro dance sounds give you instant musical gratification (speaking of Deadmau5, Rob Swire is the featured vocalist on "Ghosts 'n Stuff").

"Fire Hive" closes out the EP with a different feel. While it uses the same sounds and driving energy, it's a full on dub track complete with a Jamaican muttering something about "a burning program" before swinging his stinky rasta dreads all over the mic.

This next track is not on the EP but holy shit is it bangin! If you're not a believer that Knife Party is gonna do it big in 2012 this will change your mind. It's a collaboration with Swedish House Mafia, and good god it's fucking awesome. Its NSFW video includes three of my favorite things: naked asian girls, gangstas and massive violence. Don't bother watching the clean version, just listen to it instead.

Aaaaaaaah SHIT yea! Every time I hear that I go wild. It has everything you need for a hit: hard electro, wobble bass, the vocal bridge building to a huge drop.

Okay, so there's my review of the Knife Party EP "100% No Modern Voice" and another track. Overall I give it 8.5, but would bump that up if it included "Antidote."

Knife Party will be playing at the Ultra Music Festival in March along with a grip of other sweet artists. Their other tracks can be found on their website, Facebook, and Soundcoud, including a remix of Paul Robinson's "Unison" that improves upon the original. But be careful when searching them on myspace: you might accidentally listen to an alt rock band that is a bad mix of Nickelback and System of a Down...