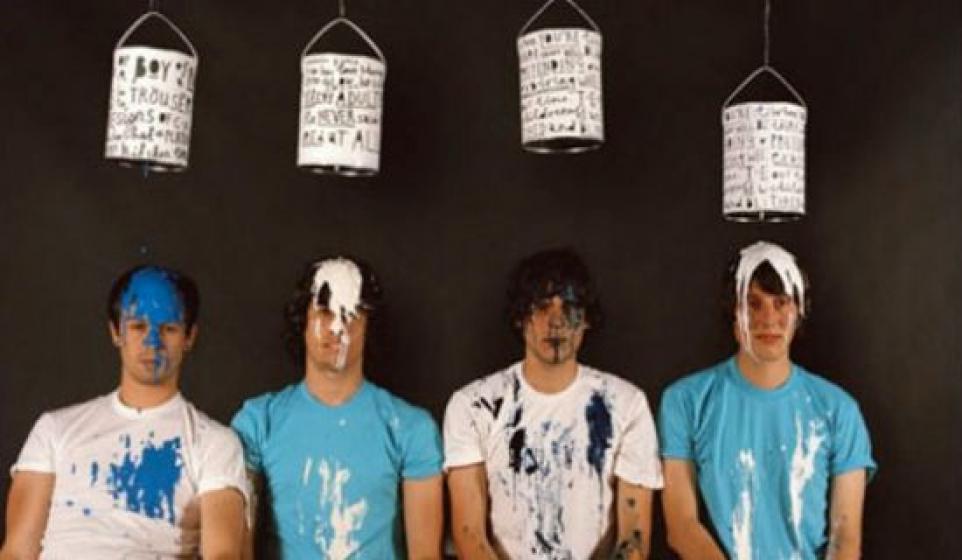 Seemingly missing their ship when Columbia reneged a contract just shy of their debut album, In Search of Elusive Little Comets, on the front-end of 2011, this Newcastle indie clangery set showed some promising colors of Vampire Weekend, Spoon and a bit of Unicorns' percussive kook (spoons, triangles, maracas) with a humorous, hip-friendly, but real little 2008 jam called "One Night In October." The song is about a breakup, with cockney-ish lead vocalist Robert Coles crooning, "I sit her down, and say this must stop/'Cause all we do, is argue then shop (dig on that shopping cart visual metaphor in the vid)," in which the 'cause of his concern seeks out "Boots," he "Argos," and the two brilliantly "complete with deceit," "stalk each aisle:"

Of course Columbia dropped the ball, as the dudes have taken huge strides in complex, dynamic pop, wailing something strong again about a female that hath done them wrong with a specific namedrop this time - "Jennifer." Taken from October's sophomore effort, Life is Elsewhere, you'll hear bits of Talking Heads, Cali surf tones woven around crazy addictive noodle guitar hooks and that lovely English wit slinging thousand-dollar vocab punches. "Jennifer," you bitch, "why do you have to be so taciturn?" Then again, Jennifer could be a euphemism for Columbia. Either way, watch their pain become early 2013's next pleasure:

This is all the 1st Curator find and credit for AmpTramp, who turned us on to the band ... so Congrats!  Here's a link on how you can do that too and get credit on BitCandy for your discoveries.