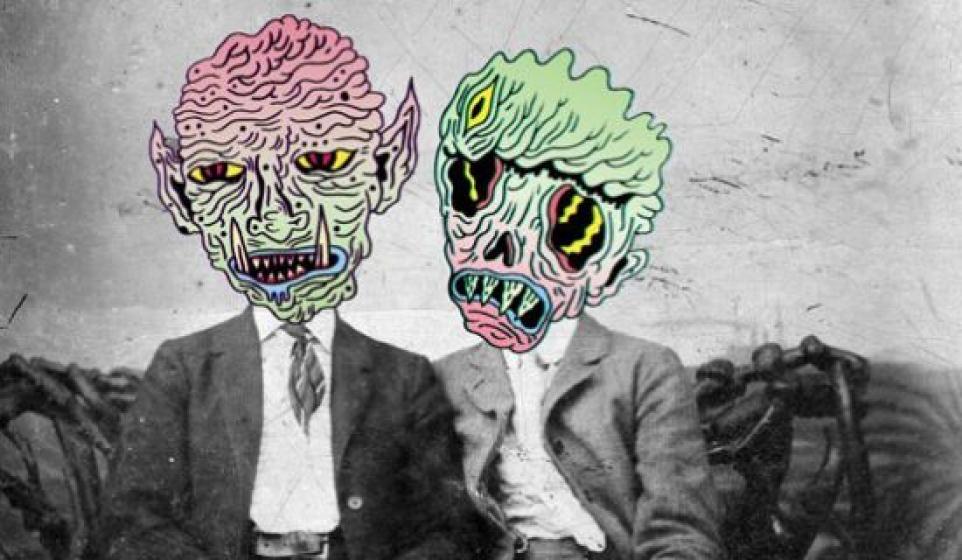 Lots of questions, here. What is so night terror-ish about a sparkling Casio backbone plucked from 1985? What's significant about 1927? How about these swaths of reverb that could fill a church and steeple? Who's responsible for this only Superjail!-esque image associated with the project? C'mon now, is this eclectro-pop magic merely Passion Pit taken down a few speeds? If not, did you, mystery LA-based band of mystery personnel just give a 'clock-turnin'-'world-burnin' nod to Billy Joel in one of your only two songs?

Since they have played minimalist PR coy, so it goes. Let's cut the mystique fat and take it for what it is. Which, unfurled in apocalyptic glam on the only other track unveiled on the internets, "Watch the World Go Dark," treads an entertaining line between Flock of Seagulls guitar hooks and The Cure's shade of black lyric nail-polish from Disintegration, going on and drum-machine on about watching the world go dark together, eerily close to this whole mayan 12.21.12 end-of-the-world shakedown. Which makes us emphatically satisfied a la that Pixies-fill at the end of Fight Club, Edward Norton holding that crazy bitch's hand, buildings crumbling: