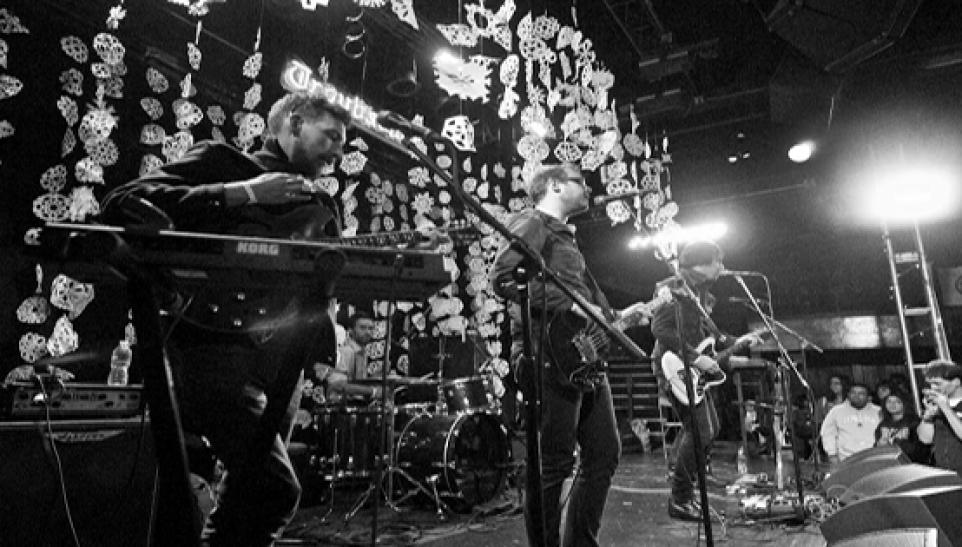 When it comes to New Music For 2012, The Los Angeles/New Zealand outfit NO seems to have a hard-on for obscurity. Along with having a name that's essentially impossible to google, they've also produced only 500 copies of their debut EP, "Don't Worry, You'll Be Here Forever."

Or they're simply trying to build demand for their music by limiting the supply and playing the "You know it's cool because only xx amount of people know about it" card. But that's less fun to speculate about.

NO is self-described Post-Hymnal Rock, and this seems to be a pretty apt description of their music. With songs that resemble The Killers and the popier parts of The National's catalogue, NO crafts songs that simultaneously have a familiar and unique quality to them.

"Another Life" is the opener on their debut EP and it offers a nice microcosm to the band's sound.

While most of their music has gloomy overtones, "Big Waves" shows that the band isn't one to shy away from a big, shimmering guitar hook.

Head over to their bandcamp page where you can download "Don't Worry, You'll Be Here Forever" for whatever amount you like, although you really should pay for it.

Despite what I presume are their wishes, it doesn't look like NO will be obscure for much longer.