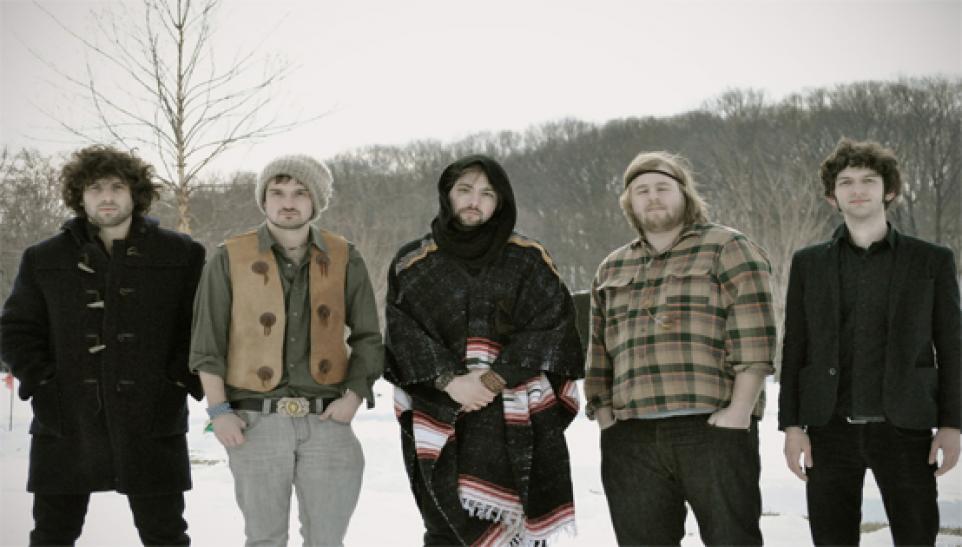 Brooklyn, New York - A holy land for indie pop, the Mecca of jangly guitars and plaid shirts. It's a district that has birthed some of the most blissed out, DIY, indie outfits of the last decade and from the look of things, it's a scene that's showing no signs of slowing down. In such a hotbed of talent, it naturally becomes a hard uphill slog to stand out from the crowd. That doesn't necessarily mean you have to go all Yeasayer on us and start fiddling about with every single knob on your effects pedal and develop a singing style a bit like th-i-i-i-i-s-s-s-s. (Please don't assume that I'm saying that as if it's a negative thing; Odd Blood was one of the best albums of 2010).

But as I was saying, Brooklyn bands still possess the know-how to take the indie pop formula and shape it into a work that's lively and interesting without making it too inaccessible/wacky. It's something that one of my favourite bands right now, Snowmine, have been able to do fantastically.

Having only really sprung up in the last year or so, the 5 piece have thus far released one album and a couple of extra singles via their bandcamp page, which I must say have left a pretty lasting impression on me. The vocals are delivered with just the right amount of strain to give the music a slight sense of urgency, which juxtaposes the echo laden, and undoubtedly reposed nature of the instrumentation in a complimentary way. The constantly lolling guitars and big, almost over-friendly sounding bass licks effortlessly emanate the same sort of delicate sexual tension that bands like Wild Beasts strive to perfect. Meanwhile elsewhere on their album "Laminate Pet Animal," there's plenty of bounce and folly to get lost in, lumbering drum beats and dashes of experimentation in places where repetition threatens to kill the buzz. It's an album that grabs you by the nape of your neck and holds you there firmly till its done with you.

Provided they continue to produce music as good as this, Snowmine should hopefully manage to avoid drowning in the vicious rip tides of the Brooklyn indie scene and float proudly to the top. Hooray.