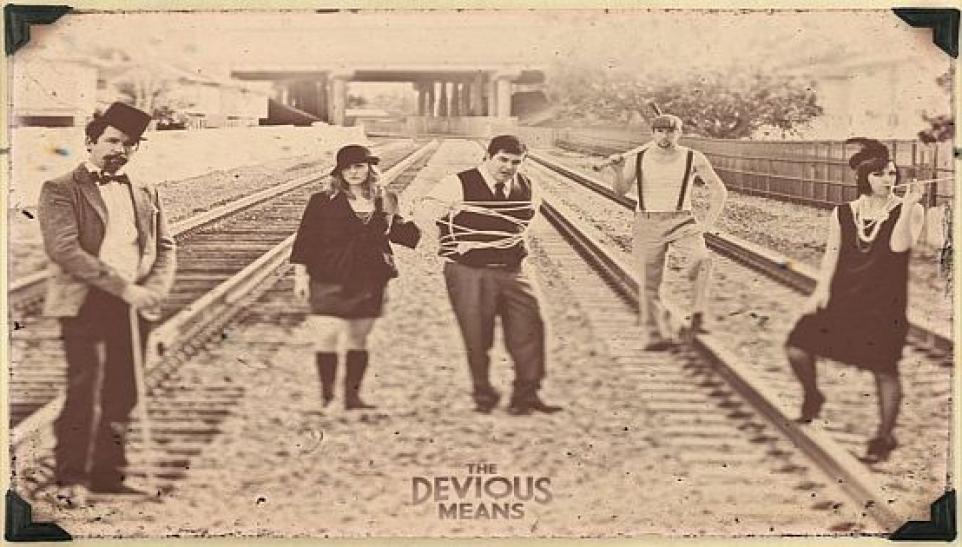 When we say that we deliver the latest new music, we mean it, and with fewer than 1,000 Facebook likes and a new EP on the way, we may have just struck musical gold with The Devious Means. This five-piece asks the question "Where is the truth in music?" before giving that answer in a concise and energetic sonic form fit for the music lover that is tired of crap.

The exuberance and joy of singing, dancing, and performing for your friends is the core of live music, which makes their nomination for both "Best Indie" and "Best Live" band at this year's OC Music Awards indicative of the passion that these creative individuals bring to their craft. For those in the SoCal area, the band has claimed a residency at Costa Mesa's Detroit Bar this month, and their new material is sounding even better than ever.

It's not enough to say you write from a place of passion, but actually figuring out how to write not only the words, but the accompanying arrangement to match is one of the hardest things to do in music. The songs from The Meanies (as they are often called) are crafted for both the audiophile and the story-lover, with neither part overriding the other. The use (and restraint) of vocal effect, the attention to showmanship and live presence, and most importantly, the realization that some songs just need some breathing room so you can jam the eff out. When singer/songwriter Christopher Faris and synth-playing songstress Rachel Anderson connect in those boy/girl duo moments, it is enchanting.

Indie pop/rock is a conflicted sub-genre, often filled with the most saccharine of sweeteners, but The Devious Means are conscious to never dip into the "easy" way to make a song and often push to give their songs more of an edge instead of slipping into the soft sounds that can make OC indie so vanilla. "A New Sound" is fairly indicative of that (who doesn't love chorus chants?), but "Porcelain Mouths" is really the song that should rocket them to the Moon of Success.

If you don't find yourself clapping your hands and stomping your feet, then call the police as you may be bound to your chair with some thick rope.

In celebration of our new discovery, the band has uploaded an exclusive track off of their forthcoming EP entitled "Witmer." Go check it out now here!