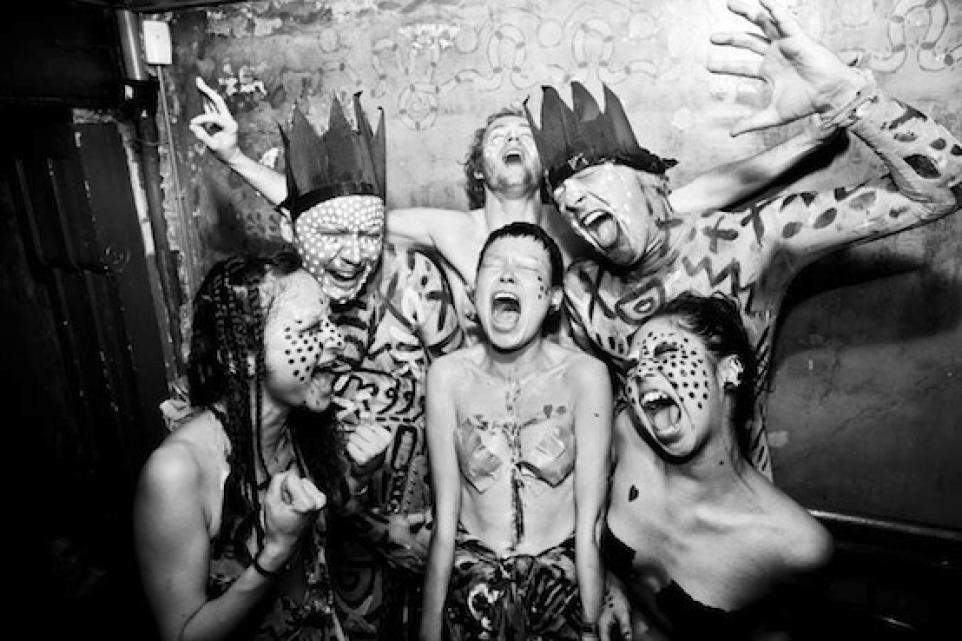 Sometime our search for the Latest New Music takes us to very strange places. I don’t even know where to start with Trippple Nippples, so just watch this video for their song, "L.S.D."

And yes, that’s three P’s apiece. Trippple Nippples are weird. Insane. Performance art, maybe? I think I’m in love. Anyways, they are three Japanese chicks, Qrea Nippple, Nabe Nippple and Yuka Nippple, who do the singing, dancing and general craziness. Their backing band is apparently two Aussies and one American dude, but the interwebs are giving me conflicting info on that.

Trippple Nippples don’t have much in the way of official releases, but have been touring for the last couple of years and their live shows look absolutely fucking mental. And arbiter of all things cool Pharrell Williams agrees. I just missed them in LA last month. (uber sad face) As soon as they’re back in these parts I WILL BE THERE. This is something I need to see for myself. On top of their insane pop/electro/so out of this world I’m unsure how to describe it sound, they make all their own costumes. If you can even call them that? They’ve worn (and thrown at audiences) mud, spaghetti, strawberries, hamburgers, latex, rice… and who knows what else. This is what they look like on stage:

They’re supposed to be releasing an EP later this year, unless they get taken back to whatever planet they came from. This last video of them has a little bit of everything, some interview with the band (!!!), some show prep (body painting!) and some more of them live.

Hungry for more of the Latest New Music from Nippples? Try them on Facebook or Soundcloud.