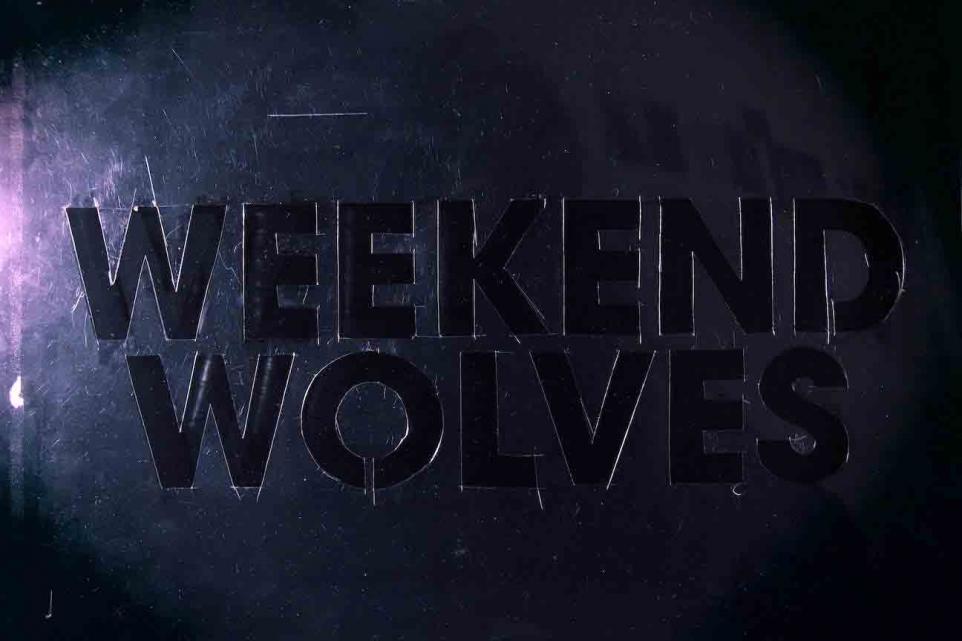 It’s been a while since my internet searches have led me to any New Music For 2012 that I’ve been legitimately psyched on. I can’t be the only one who thinks it all sounds the same at this point, right? So, it is a rare occasion when a man like German producer Weekend Wolves comes blazing out of the ether to smack me in the eardrums.

His sound can best be described as “goth glitch.” It has notes of chillwave, but on a much much grimier tip. It’s creepy as hell, bass heavy, and a wee bit scary. If you fell asleep at a rave, this man would be the soundtrack to your nightmares.

Fittingly, he also makes creepy ass videos by splicing together old film footage from the 50s and 60s. Check out this one for his track, “Karma.” Caution: don’t watch this in your room alone at night like I did.

This track is Weekend Wolves’s latest release, "Home." It sounds like running around in a creepy abandoned factory, but a little more danceable. Watch out for serial killers wielding chainsaws.

And here’s one more, because you were all so good to me this week… It’s called "NY." As I haven’t spent much time there (Cali fo lyfe!) I’m hesitant to compare it to the Big Apple. So you tell me… does this one capture New York’s creepy side? The seedy underbelly, if you will? Yay? Or nay?

Weekend Wolves has been around for a couple of years now, and I can’t for the life of me figure out why he hasn’t gotten more attention. I can’t be the only one who digs scary German goth glitch, can I? Those Germans… always doing something mildly terrifying.

This has been another installment of the Best New Music For 2012 courtesy of me, ClaireDallas, and Weekend Wolves! You likey? twitter.com/blairdow