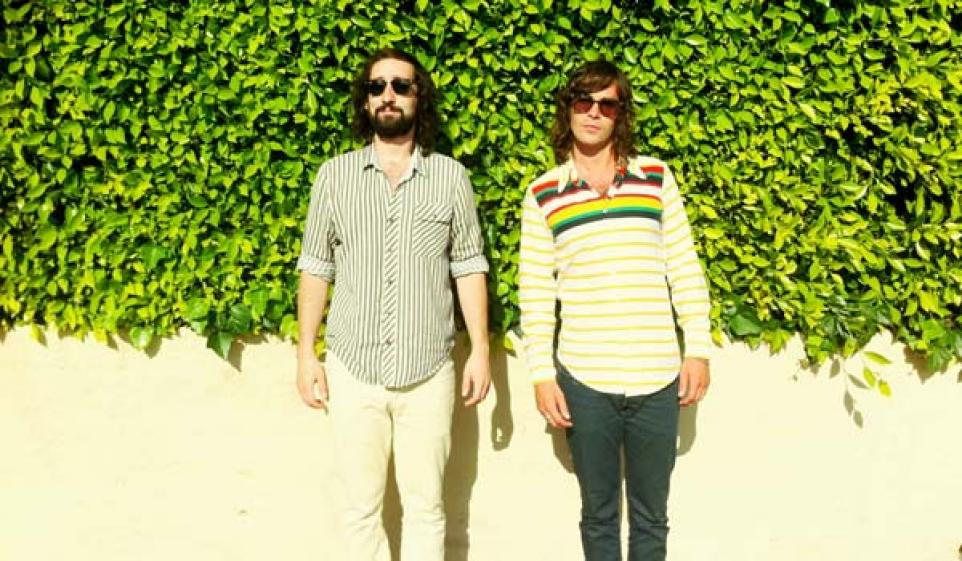 Sometimes turmoil and separation can lead to brilliant art. Sometimes, when members of bands break up, they in turn create brilliant side projects that sometimes become bigger than their original effort. In this case, a good example may just be Youngblood Hawke.

Hailing from Los Angeles, Youngblood Hawke is the brainchild of Sam Martin and Simon Katz, the two founding members of Iglu & Harlty. When their previous band went on hiatus in 2011, Sam and Simon began collaborating, originally creating the band as a release for family and friends to hear their music without the commercial pressures of a label being involved.

However, after adding three more friends to the mix and releasing an EP on the band's bandcamp site, they began receiving a lot of attention, gaining radio play in the UK and even inspiring Scottish music guru Jim Gellatly to call them "The best new band in the US."

Although I'm sure Jim Gellatly's heart is in the right place, I can say for a fact they are not the best new band in the US. However, the group is a bright spot on the landscape of indie pop rock and their self-titled EP is defiantly something to check out.

The band's sound is an improvement on their previous efforts and the EP's single Rootless has the potential to become something big. They have also recently signed to Universal Republic, news which is equal parts wonderful and ironic.

The band is currently finishing up their first full-length album and will be playing at SXSW on March 15th in Austin, TX. For more info on the band or to hear their EP, visit http://youngbloodhawke.bandcamp.com/.