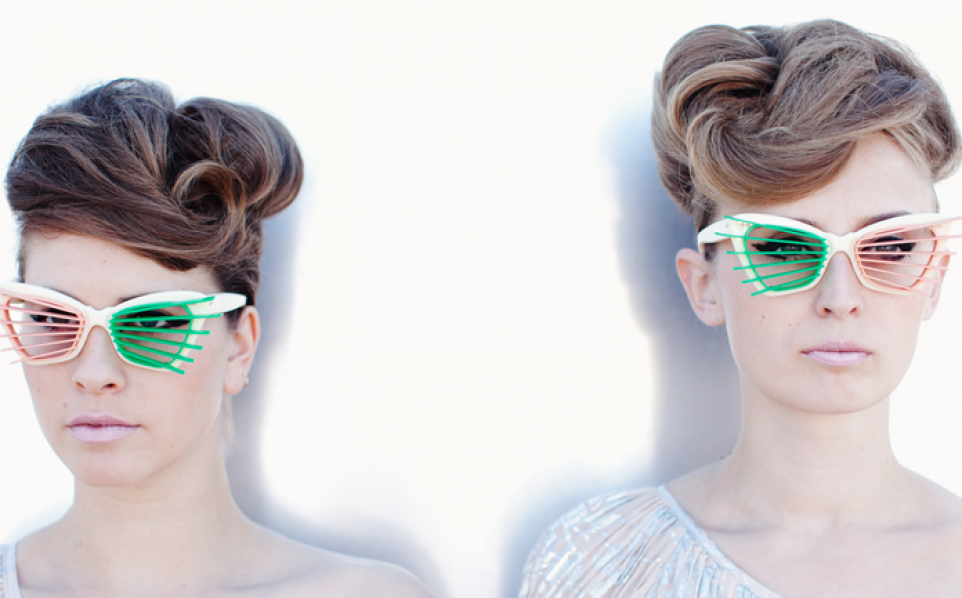 I've always needed an excuse to like whimsical pop music.

I'm sure I'm not the only one. When I sell Vampire Weekend to someone, I lean on the Afro-Beat roots of their sound. Regina Spektor is endorsed for unorthodox musicality. Adele and Amy Winehouse for their soulful set of pipes. But rarely do I come out and honestly admit it: I really dig straightforward, toe-tapping pop that makes me sing out loud in my car an octave higher than I should.

I'm just saying that a record doesn't have to be edgy or dark for it to be powerful. And, for my evidence, I bring Lucius to the table.

Their 4 song self-titled EP doesn't reinvent genre. It doesn't push many boundaries. It's just good. It moves seamlessly between the borders of folk and indie pop in a good-natured sprint. From the warm, strummed guitars of "Don't Just Sit There," to the buoyant gait of "Genevieve," this duo provide us with beautifully crafted musical gems. Their dual vocal style slips from earnest lilting breathiness to belted emotional harmonies... in a way that makes this portly bearded man raise a fist of 'girl-power' solidarity.

The two highlights are sandwiched in the middle of the EP. "Turn It Around" is a one darned catchy track, (invoking both Feist and April March at their finest,) with clean, powerful vocals and driving percussion. And the plaintive "Go Home" leans delightfully into the realms of folk and old-school country western.

Lucius has a really solid sound working for them. It may not be the macabre vibe that got the indie establishment behind Florence and the Machine. It may not be self-consciously complicated. It may not be minimalist and drenched in reverb.

But you know what? That's just fine. Now, if you'll excuse me, I have to go belt the chorus to "Go Home" loud enough to scare my neighbor's cat.