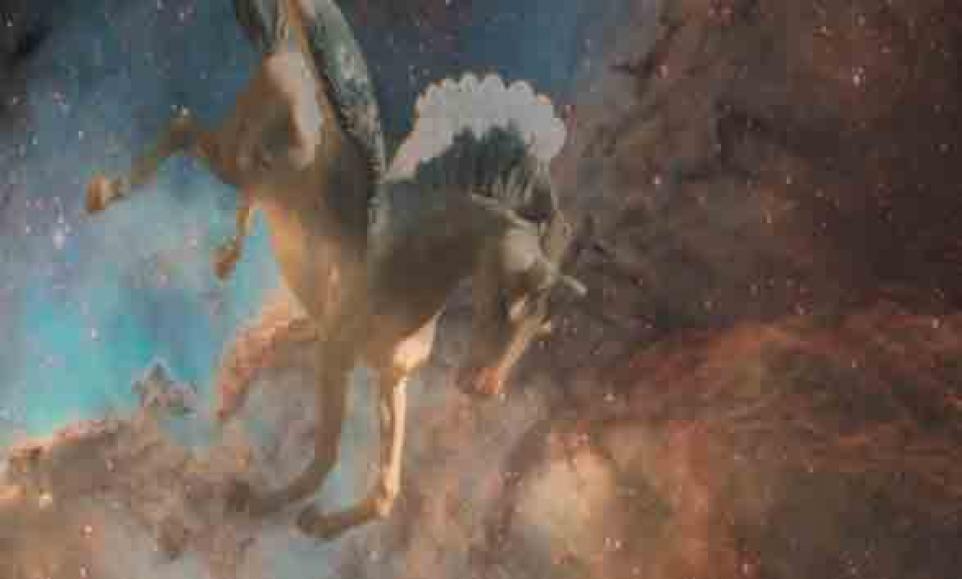 As the legend goes, bandmates Jamie Jackson and Deborah Stoll met at the Joshua Tree and a friendship quickly blossomed thanks to a mutual love for Pegasus and bacon. They also both happen to be talented multi-instrumentals, which for the sake of this post is probably more important than their shared infatuation with magical horses and the back fat of pigs. Jackson and Stoll decided to team up in 2010 and form the duo, and Bitcandy's Latest New Music, Hot As Sun.

Hot As Sun makes low-fi electric pop music that tends to be omnipresent in big cities across America. Yet that simplistic definition doesn't fully do justice to the band's sound. They're kind enough to stream their whole EP on sound cloud, so just go ahead and listen to it below. If you don't like it I'll totally refund the 20 minutes you lost hearing it.

For me the band sounds like a mix between The xx and The Cults, but they definitely add their own flair to it.

Stoll also shows her talents as an illustrator, helping to draw the band's video "New Town."

Head over to Hot As Sun's band camp page to pick up their debut EP, out now via Last Gang. You can also pick it up on iTunes or Amazon. The possibilities appear to be endless, much like the future career of Hot As Sun… I'm sorry I wish I had said that. That was awful. It's just that this is a good band and at the very least you should stream their songs. I mean, what's the worst that could happen if you do?