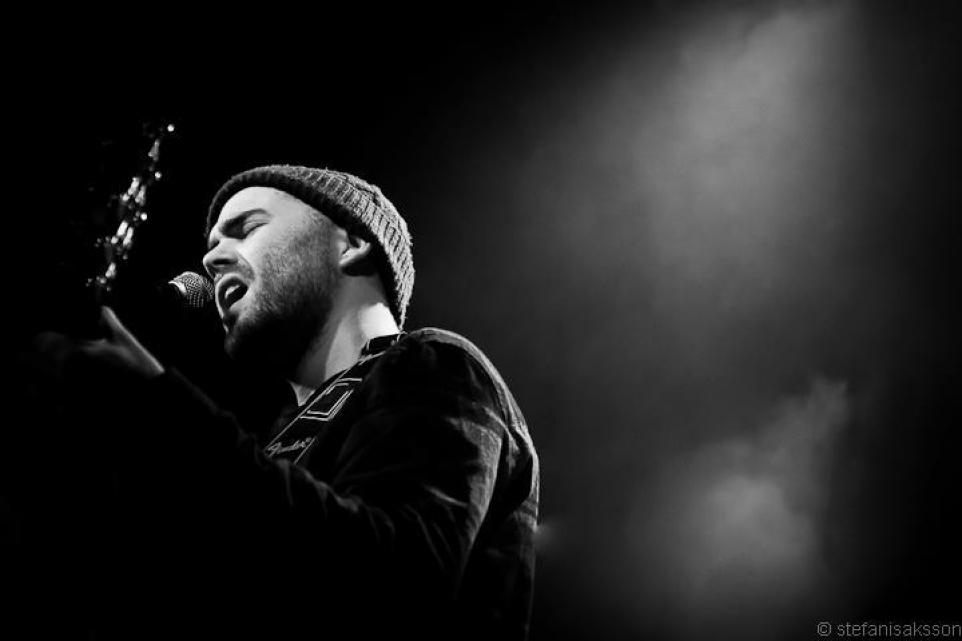 As I soldiered on across untread musical frontiers on an idle Tuesday afternoon hunting for an oasis of aural enlightenment in endless deserts of meh-ntertainment owned by the all-swallowing whore known as YouTube, one Josh Record answered my prayers at last.

Josh Record hails from the famous BRIT school of performing arts (better known as the Hogwarts School for Musical Sorcery) – home to some smashing artists like Adele, Kate Nash, Amy Winehouse, The Kooks etc. – but unfortunately happens to be one of its greatest untold secrets.

Josh Record brings to the table an eclectic combination of simple acoustic indie folk guitar melodies, occasional dreamy background female vocals and the raw delicate beauty of his own vocal styling – best described as the voice of an imaginary lovechild that would be the outcome of a three-way gay tryst between Jack Johnson and the lead singers of Bon Iver and Death Cab for Cutie.

He is an artist who crafts slow rhythmic melodies and laid-back tunes – songs which sneak up on you, yet don’t scream for attention.

For a man with a name that sounds destined for the music industry, Josh Record is certainly on the righteous musical direction embraced by acoustic indie heavyweights such as Bon Iver, Sufjan Stevens, Joshua Radin, Iron & Wine etc. - minus the frequent depressing vibes sought by tortured soul hipsters to snuggle with their pillows in a blanket of melancholy, with some lukewarm lemon grass tea and having a good cry.

So far Josh Record has avoided the latter path successfully, drawing influences from the upbeat music of underrated artists such as Tingsek, Shad and Feist.

The one quintessential rule every budding acoustic artist must adhere to under all circumstances is NEVER to take the John Mayer route – whimpering vocal debauchery and white-trash celebrity sloppy-seconds related douchebaggery is not the answer.

Whether it’s him nervously belting out songs in the vicinity of mating lions and herds of buffalos in a Kenyan wildlife sanctuary or cramped studio apartments, Josh’s passion for music shines through it all, and his music is bound to resonate within a lot of new hearts in the upcoming years.