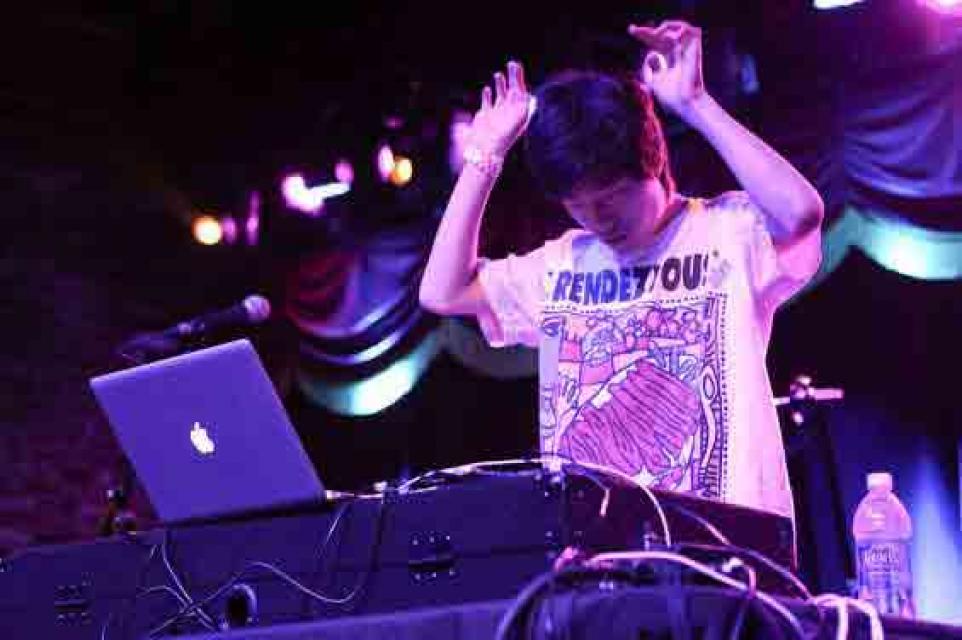 I recently had the distinct pleasure of seeing Beat Culture perform live, and it was a revelation. I had never heard of him before, but I loved it. Beat Culture consists of one 17 year old kid (17! That’s even younger than me! I feel inadequate) named Sunik Kim. Sidenote, he’s really nice. I went up to him after his set and basically fangirled all over him, and he was very gracious and friendly and all that.

All of his experimental-electro-post-dub-pop music is designed to put a smile on your face and a pep in your step. It is the happiest of music. His first album, Goldenbacked Weaver, came out in July 2011. Insanely impressive, considering he only started with the music thing about five months prior. Most recently, he released the single “Useless,” and it’s awesome. The perfect summer jam, made for blasting in the car with the windows down.

Definetly check out “Stars,” off his second album, Tokyo Dreamer. It is a perfectly titled song. You start out casually floating through outer space, and then, with a literal whoosh, you’re in hyperdrive and planets and galaxies are streaming past.

Another personal favorite is “If Only,” also off Tokyo Dreamer. The piano and bubbling brook sounds at the beginning are divine.  There are several songs on this album that have dreamy water sounds layered with piano riffs. Unusual combination? Maybe. But it’s very relaxing/refreshing.

In addition to a butt load of original songs, Beat Culture also did this sick remix of “Shelter” by The xx.

Now if you are like me and fall in love with Beat Culture at first listen, you can get his two albums here.