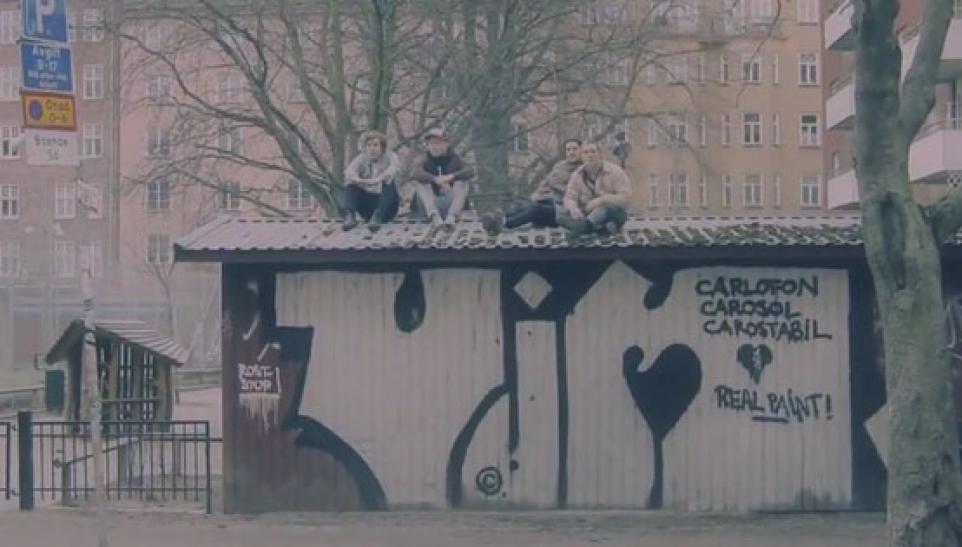 I've long held the opinion that the Swedish are better at most everything than everyone else. Anyone who has ever stepped foot into an Ikea and not come to this same conclusion is a fool.

And as the band behind our latest New Music For 2012 proves, the Swedes are better at punk rock too.

The Stockholm natives Holograms have a backstory that is the stuff of legend. The short version of the tale goes something like: four twentysomething factory workers who like to drink and play awesome punk music in their down time.

The band has a heavily distorted sound, the type that sounds like it's being played out of speakers that are either blown out or underwater. And this isn't a gimmick; this quintet is quick to point out that their sound is in many ways a byproduct of their shitty instruments. This makes perfect sense to me. I mean, how nice of instruments do you expect factory workers to have, anyways?

They also have a hard on for classic punk rock, as evidenced by their first single, "Chasing My Mind."

Few people actually realize that more than anything else, the genre of punk is all about attitude. And whether it's manufactured or organic, Holograms has an overabundance of 'Fuck You' attitude. Just listen to "Monolith" if you don't believe me.

Some have called them a cross between The Ramones and Matt & Kim. Tracks like "ABC City" show you why that's an apt comparison.

The Holograms' self-titled debut album is out now via Captured Tracks. Pick it up, otherwise you're clearly one of those chump sellouts who's a slave to the man.