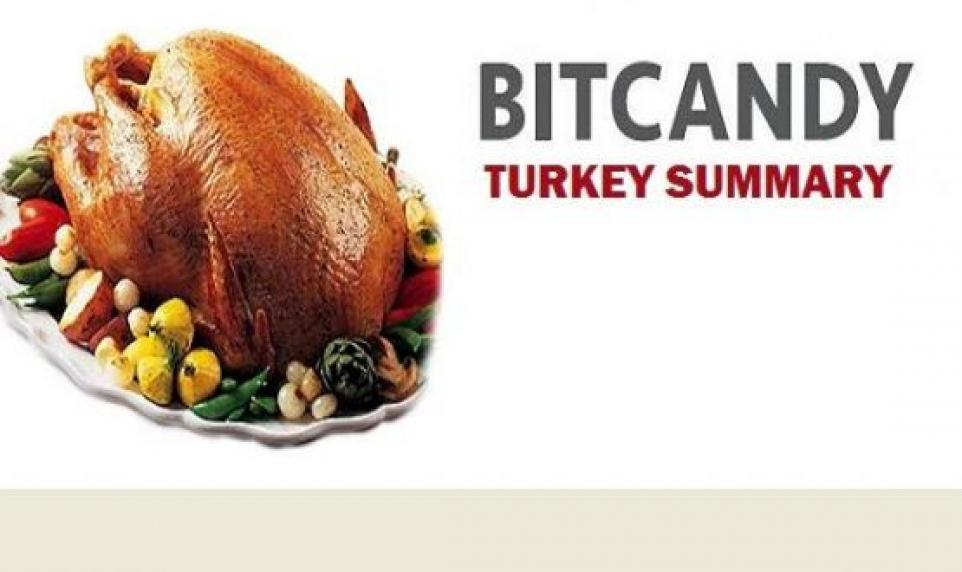 First of all, if you're American...BitCandy wishes you a very Happy Thanksgiving...that ol'holiday where Americans unknowingly celebrate their genocide of the American Indian.  Secondly when I eat my pizza today...what I'll be thankful for are all the Posers.  Yes, Musical Posers.  Without the Posers (aka Biggest Hyped Fails)...I wouldn't be able to write this snappy article.

So...looking for an "end of the year music best?"  Not here!  If you want that kinda mind-numbing lickery, you can read just about any music blog that will have Drake, Adele or Kanye / Jay-Z Watch The Thone among the top slots.  Duh!

But this is us.  BitCandy took a look back over thid past year's turkeys -- aka Posers -- aka Biggest Hyped Fails.

Check out part 1 of our "Worst of the Year" below, and keep an eye out for part 2, when a bunch of EVEN BIGGER turkeys will be coming your way at Christmastime.

Just heard the new Childish Gambino album "Camp" in which I learned a few more things about Donald Glover for our BitCandy Reviews On Music.  Actually oh snap...that's not true at all!...in fact and in truth, the 13 song new album coming November 15th are pretty much all just the same Childish Gambino's recycled "go to" topics (read more…).

Listening to the new album "Biophilia" ... it's kinda like asking you to read James Joyce... for fun.  Besides feeling smart and elite, you end up having to "study."  To me, that not what I'm into music for (read more…).

Dear Chris Martin from 2002... this year, your band's new album is called "Mylo Xyloto." It gets worse. You'll have songs with names like "Every Teardrop is a Waterfall." The new songs will seem like you want Coldplay to be a spiritual experience for listeners, only you've gone and replaced the band's tortured soul with shiny, overproduced expansive soundscapes (read more…).

There is no Justice left in the world (pun intended). Not after this album.  Much like the Childish Gambino miss, the new Justice album, was something I was fantasizing about (in an electro banging kind of way). Yet the French cream seems to have spoiled a little on their latest outing (read more…).

It's tempting to say YUCK suck like a truck stuck in the muck, but that wouldn't be entirely fair (although incredibly clever). It's just that the London-based outfit's self-titled debut sounds like they've been isolated in a college dorm room surrounded by nothing but Dinosaur Jr. and Sonic Youth albums, with someone occasionally ordering Chinese take-out and a Teenage Fanclub cassette (read more…).

MellowHype is an Odd Future offshoot, featuring members Hodgy Beats and Left Brain. Originally released for free on the OF Tumblr in 2010, "BlackenedWhite" has since gotten a sonic revamp from label Fat Possum and sounds insanely better than the original. Left Brain's production shines on cuts like "Brain" and "Loaded." Yet while Hodgy is a fine rapper, he doesn't specialize in very memorable verses: "This track is peanut butter, so we jam right here." (read more...).

The title of this review should be Cymbals Eat Guitars or rather "Cymbals Eat Guitars And Then Eats A Cyanide Pill and Then My IPod Meets A Sledgehammer."  Really I think the 2nd is a better name.  But if it has to be the first...C.E.G. (can I call you that?) you get a '10' for a band name.  And a 5.1 for a memorable album. Is anyone still listening to Titus Andronicus' last album...today?!  I rest my point (read more…).

It's not even that "The Errant Charm" is a bad album. It's just not very exceptional or memorable; the songs aren't screaming to be heard. In fact, I'm guessing Vetiver songwriter Andy Cabic could care less whether you listen to this thing or not. He's been making the same sort of melancholy, down-on-your-luck, acoustic numbers for years (read more…).

Sorry but as much as I was really hoping for a knock out album from Natalia Kills; this album falls flat in all categories of innovation, songs, lyrics, productions and concept.  Expectations (at least for me) were running high with knock out pop songs "Zombie" and "Love Is A Suicide" that pre-empted the album release for at least a year, but unfortunately the rest of the album...much like Dominos Pizza outside of 10 mile zone...just simply doesn't deliver (read more…).

"Divine Providence" is the sound of missed opportunity. Rhode Island's Deer Tick has the potential to be one of the strongest folk-rock bands in the last decade, but "Divine Providence" seems more interested in reaching the bottom of a bottle and the end of a cigarette (read more…).

I really gotta say this album is a disaster. And the name of this band sums it up.  Das Racist really are discriminatory in their own way.  Let me explain. Das Racist are racist about hooks. They don't like them. When coming up on a hook... they get scared and cross to the other side (read more...).