I thought that celebrities would make my job easy and be too busy preparing for Christmas to tweet all that much this holiday season, but it seems that I thought very, very wrong.

It turns out that the rich and famous are spending the lead-up to December 25th just like the rest of us: Sat behind their computer and cell phone screens, participating in all kinds of beef and drama online.

Keeping on top of everything that happened on social media over the last seven days was no simple task, however. This is why We Are: The Guard is here to help you break it down into bite-size chunks this Wednesday in the form of the latest edition of 10 Twitter Moments.

Strong coffee at the ready, then, as it's time to check out the following 280-character highlights from Kanye West, Nicki Minaj, Offset, The 1975's Matty Healy, Lady Gaga, and more.

KANYE WEST GOES IN ON DRAKE

Unless you live in a cave (something that I very much doubt, what considering that you have access to Wi-Fi), then you'll know that it was the Kanye West and Drake beef that was dominating social media over the last seven days (I say “beef,” but let's be honest – it was basically just Kanye tweeting into the abyss).

Twitter was fast to respond with a wave of jokes, memes, and even a debate about mental health.

Most important, though, was this obligatory tweet from former Nickelodeon actor Drake Bell, whose continued relevancy seems to depend entirely on his titular proximity to the Scorpion rapper:

We can be so insensitive. God bless Kanye & Pete. Being flippant about mental illness speaks more about you than them. Stop saying the word love & live it. Love is an action.

Following on from Kanye West's aforementioned tweetstorm and Pete Davidson's troubling Instagram post on Saturday, Nicki Minaj took to Twitter over the weekend to remind us of the importance of loving and supporting those who are struggling and going through hard times.

Somewhat rich coming from a person who's actively engaging in a Cold War with the recently separated Cardi B, but every bit of positivity helps.

As for Pete, at least we can rest assured that his brother from another mother, Machine Gun Kelly, has got his back:

im in the plane now on the way to see Pete. gonna make sure he’s good, i promise. can’t have my boy in the darkness like that.

GRIMES WANTS HER BANGS BACK

Grimes takes time out from spreading slapping Nine Inch Nails-referencing AI propaganda to tweet about her irrepressible urge to cut in bangs.

As someone who's spent more years than she cares to admit growing out her shitty attempt at Bettie Bangs, all I can say is: “DON'T DO IT!”

Life: a perpetual cycle of cutting bangs and then growing them out ♻️

LEWIS CAPALDI HAS LOST HIS IPHONE

Lost my phone the other night and despite my best efforts, my attempt to acquire a replacement from @ThreeUK by flexing my celeb muscles has fallen through. Nisha you were a tremendous help and i’ll be eternally grateful for your service. Your move @AppleSupport #GetLewisAnIphone pic.twitter.com/fwAH3y34a7

Okay, so – it doesn't look like Scottish singer-songwriter and overall funny guy Lewis Capaldi was actually that successful in getting a freebie this time around, but this tweet nonetheless made me laugh.

Sometimes I can’t express how I feel verbally so I gotta send my friends music to let em know!

This is way too relatable.

As the quote goes: “Where words fail, music speaks.”

It probably also explains why I love Tierra Whack so very much, as her music basically covers every color and shade on the emotional spectrum.

No, really – have you LISTENED to Whack World?

OFFSET ON HOW TO NOT WIN A WOMAN BACK

All of my wrongs have been made public, i figure It’s only right that my apologies are made public too. A nigga was just trying .....thank god I ain’t got no balloons sheeesh

Offset obviously really wants to win Cardi B back, and that's adorable and all, but I don't think that crashing her set at Rolling Loud is exactly the way to go about it.

She's busy making history as the festival's first female headliner, and you want to turn this about you?! 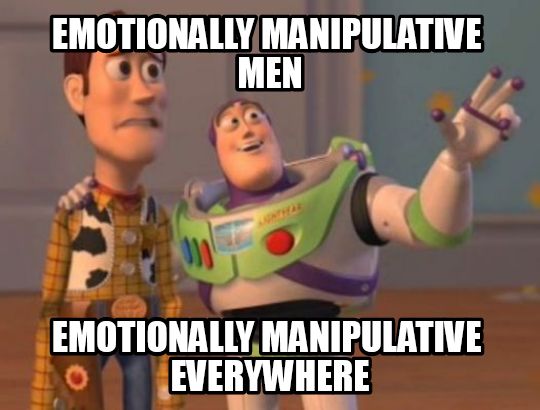 Hey @NintendoUK love you guys - I gave a shoutout to the switch in one of my new songs so can I have some Zelda stuff?? Please would really love that thnx!! #free

The success of A Brief Inquiry Into Online Relationships has clearly gone to Matty Healy's head, as he's now using his fame to demand free Zelda shit over Twitter.

Nintendo is having none of it, though, as we can see from this brutal reply posted by the gaming company (I mean it – how much longer do we have to wait for The 1975 to play this song live?!):

statement to chain restaurants during this festive season:
cranberry sauce just doesn't belong in everything!

Thank you for coming to Denai Moore's TED Talk.

For real, though, I'm glad that I'm not the only person who hates how restaurants insist on pouring cranberry sauce on EVERYTHING during the holiday season.

Turkey?! Here, have some cranberry sauce with that.

Stuffing?! Here, have some cranberry sauce with that.

Chocolate yule log?! *Hysterical voice* HERE, HAVE SOME CRANBERRY SAUCE WITH THAT.

MITSKI RESPONDS TO HER HATERS

I've received a lil too much attention for ppl's liking lately! as w all art, I'd love if u got something out of mine, but if u didn't that's ok, it's not for u. I'm grateful either way for this job, I'll keep working to earn the lucky position I'm in, i don't take it for granted

It's a sad fact of life that there are people out there who will actively go out of their way to ruin things for others who are doing well for themselves, but Mitski always remains a picture of elegance even in the face of her haters.

My bank account: Do you really plan on blowing my entire contents on Lady Gaga Enigma tickets?!