10 TWITTER MOMENTS: MARIAH CAREY WAS STILL NOT READY FOR CHRISTMAS

Can you believe we've had to deal with Soup Gate, Kanye West buying Parler, and James Corden being canceled, and all in the space of seven days? I'm exhausted, you guys. Before another scandal hits our timelines, then, let's get to the latest edition of We Are: The Guard's 10 Twitter Moments. Check out the following tweets from Mariah Carey, Dolly Parton, Halle Bailey, and more!

MARIAH CAREY WAS STILL NOT READY FOR CHRISTMAS...

The Queen of Christmas, Mariah Carey, has spoken. AND IT STILL ISN'T TIME. As much as I love, love, love the holiday season, even I admit it still feels too early to be blasting out bangers like "All I Want for Christmas Is You." Let's get past Halloween first, okay?

...BUT DOLLY PARTON REALLY WAS

Me, when someone tells me it’s too early for Christmas music. pic.twitter.com/2qLjaKHoUA

The definition of “Christmas season” is whatever Dolly Parton says it is.

Words can’t describe how immensely honored I feel to play the mermaid of my dreams, Ariel in Disney’s The Little Mermaid. Come under the sea with me, in theaters May 26, 2023 pic.twitter.com/EEkxvLpt7q

SCREAMING. CRYING. THROWING UP. I'm not even kidding when I say I haven't been this excited about a movie since they dropped Shrek 2. Halle Bailey is truly about to be the greatest Disney Princess of all time. Excuse me while I book all of the front-row seats!

The colors, the placement, the EMOTION this exudes pic.twitter.com/oamqZPwMn1

MEGAN THEE STALLION ANNOUNCED SHE WAS TAKING A BREAK

Hotties im really sorry but after SNL I really gotta take a break I’m so tired, physically and emotionally

Megan Thee Stallion has really been through it over the last few years, huh? It genuinely breaks my heart. Despite everything going on in her private life, however, she totally smashed her double-duty as host and musical guest on SNL. Please take care of yourself, Meg!

Its okay Megan, take as much time as you need to gather yourself and get to where you need to be spiritually, mentally, emotionally, and physically While ur gone just know that we will always love and appreciate you and we’ll still be here when you come back

i dare those climate activists to even think of getting soup on this pic.twitter.com/rpowGSSRsQ

who got paid commission to make this for you…I just want to discuss pic.twitter.com/VMKBVVV0v7

Matty Healy truly is the most annoying man on the planet. LMAO. From his recent comments on the Elvis movie to the Adam Levine cheating scandal, the 1975 frontman has been on quite the roll of late, but this tweet is undoubtedly Peak Matty. I LOVE TO HATE HIM!

...AND LEWIS CAPALDI WAS THE SECOND BIGGEST

LIZZO AND HARRY STYLES WERE TOO WHOLESOME FOR WORDS

Anyways… I had so much fun w Harry yesterday pic.twitter.com/2qk3JejbtR

NAME A MORE ICONIC DUO, I'LL WAIT? Lizzo and Harry Styles are honestly the definition of bestie goals. Ever since Harry covered "Juice" on the BBC Radio 1 Live Lounge back in 2019, their friendship has only grown purer. WE MUST PROTECT HIZZO AT ALL COSTS!

Oh this is sooooo cute

TYLER, THE CREATOR WAS PARODIED BY DOJA CAT

hahahahhaha fire, the look down https://t.co/kH49MLg5mC

It's the way Doja Cat's Tyler, the Creator parody beat goes the hell off for me? This literally sounds the same as the Goblin cut "Sandwitches." Can we also take a moment to discuss how much we need a Doja Cat and Tyler, the Creator collaboration? MAKE IT HAPPEN!

RIHANNA DROPPED A PERFUME AND NOT AN ALBUM

Me when Rihanna walks in the room: 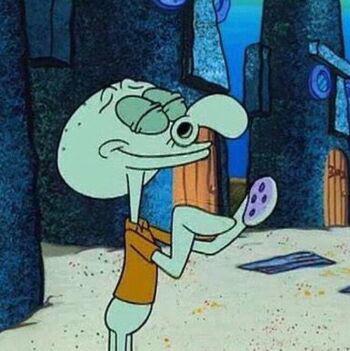 new music rumors circulating and you posting perfume ads. nice to have you back forreal