We've seen a glut of incredible Americana and Americana-adjacent projects over the last few years. From Adrianne Lenker's delicately profound songs; to her band Big Thief's recent sprawling double album, Dragon New Warm Mountain I Believe In You; to the more experimental spins on the genre by the likes of Dijon and Toro y Moi; it's as if the pandemic has prompted several artists to revisit the deeply comforting, deeply anchoring nature of Americana and folk music. One such artist is Jess Kerber, the Austin-based musician preparing to dip her toes into the Great Americana Canon this May with her eponymous full-length, Jess Kerber.

Produced alongside her partner and fellow folk musician Will Orchard, Jess Kerber is a stunningly revealing, explorative album that came together after Kerber and Orchard hunkered down at the start of the COVID-19 pandemic. Because of this, the record is impactful in its intimacy. Consider the album's opener, "Never Again" – a pedal-steel-laced lament about the affection and disconnection Kerber has toward her small-town Southern upbringing. With tape hisses, furniture creaks, and scratches of strings accompanying her arching vocal, the song helps to establish the tiny room-feel of the record – an atmosphere akin to a poetry recital.

It isn't an exaggeration to equate Kerber's lyricism to poetry. Throughout the album, she feels her way through love, loss, and grief with terse turn-of-phrase and breathtakingly simplistic imagery – a practice only further enhanced by Kerber's distinctive New Orleans twang. At times warm, honeyed, and full-bodied; other times collapsing into frailty around the edges; occasionally untethered and preternaturally beautiful; Kerber's pipes are undoubtedly her most formidable asset. Just take the fourth song on the record, "Never My Mind" – a tale about an enigmatic partner that hears Kerber's voice breaching the firmament come the chorus:

Still can't tell what he's gonna do
Will he hold her hand
Or breakdown about his dad?

While the album leans heavily into Americana and folk convention, Jess Kerber is by no means an anachronistic or one-dimensional body of work. As a matter of fact, the record is replete with unexpected twists and forward-thinking turns of production. Perhaps the most potent exploration of this can be heard on the latest single to be unveiled from the album: "Tropical Storm." With its intricate guitar interplay and torrid, sultry syncopated rhythms, "Tropical Storm" could quite easily pass as a long-cost Radiohead cut, circa The King of Limbs.

Without ever feeling like it's trying to, Jess Kerber is an album that deftly studies the place of Americana and female storytelling in the modern music industry and offers a response equally familiar, grounding, novel, and imaginative. Despite its humble beginnings, it's already shaping up to be one of the most fully formed records of the year, not to mention a stepping stone to success for the young, exceptionally talented Jess Kerber. We Are: The Guard recently spoke with the leader of the New Americana to learn more.

WE ARE: THE GUARD: Hey Jess! Thanks so much for taking the time to chat with us and congrats on the release of your album? How does it feel to have this body of work out in the world?

JESS KERBER: I feel very whole and rounded out now that this record is on its way to people and places. With each new project I release, I feel a sense of development within who I am as a music-less person, as well as how my ear now hears the sounds differently. The reason this album is self-titled is because it’s the first one that feels like it has actually caught up to who I am right now as a person. I feel equal to my music and am proud to say these thoughts are mine.

WE ARE: THE GUARD: Can you tell us the inspiration behind a song of your choice track, the story and the meaning of the lyrics?

JESS KERBER: The 5th track on the album, “Carry My Home” is probably my favorite of them all, which is funny because when I wrote it, I was in the bluest state I had been in. It was mid pandemic, and I had just moved into an apartment with strangers; we did not talk to each other, and I had to have my window open constantly just to prove to myself that people did in fact exist. This song was a bit of a message to myself, saying that no matter the mundane situation I am in at that moment, I am still the person that I have been in better times. I don’t leave myself. I was doing so many routine actions at this time (as we all were!), that it just felt so good to have to clean up a plant pot I had just accidentally broken.

WATG: Who are some of your all time biggest musical inspirations and have they changed/evolved since you first started making music?

JESS KERBER: When I first started playing guitar, my most important inspiration was Joni Mitchell. It was such a whirlwind to me in learning that I could play the guitar in a way that allowed me to always have a blank slate - with alternate tunings. Since then, my admirations have shifted to artists, Adrianne Lenker, Andy Shauf, and Courtney Marie Andrews. Though very recently, I’ve been digging more into writers that focus on a stream of consciousness kind of writing.

JESS KERBER: My parents are both classical musicians, so I grew up in a super musically supportive environment. I was exposed to classical composers like Debussy and Fransisco Tarrega, but also did not miss out on Lionel Richie and the Allman Brothers - some of my parents favorites! I grew up going to many of my dad’s classical guitar recitals, and consider myself lucky that it was encouraged I skip school to go to a music festival. I am beyond grateful that I had parents who wanted to provide me with just about every musical tool and experience that I could have ever wanted.

WATG: What made you fall in love with folk music?

JESS KERBER: Being somber. I appreciate taking your time when saying and feeling things. I don’t always do this myself, so I think my desire for getting there is what attracts me to folk music so much. Also, the way an acoustic guitar makes me feel inside.

JESS KERBER: Yes, but my sister makes fun of me when I explain it. I’ll just say that it involves a beam of light. And my grandma. 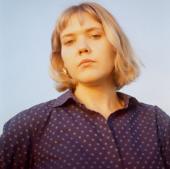