On July 23, 2021, the music industry came together to remember Amy Winehouse on the 10-year anniversary of her death. It's hard to believe that the world has been without such a remarkable talent for over a decade, especially considering her influence feels more potent than ever. Indeed, it just so happened that on the day that we were marking Winehouse's passing, I first wrote about rising jazz artist Olivia Dean. A former student of BRIT School – the same performing arts college famously attended by Winehouse – the comparison seemed almost unavoidable. While this may appear lazy to some – almost every contemporary female jazz musician has had to fight to step outside of Winehouse's shadow – with a rich, smoky vocal and a penchant for slice-of-life lyricism, Dean is genuinely taking shape as the modern successor to the Back to Black luminary.

Born and raised in Walthamstow, London, Olivia Dean started taking music lessons when she was just eight years old. It was during her teens that her career really began to take off, however, with Dean receiving an invitation to enroll at the prestigious BRIT School in Croydon. With previous students including Adele, Tom Holland, and the aforementioned Amy Winehouse, demand to get into the free-to-attend performing arts and technology college is extremely high. Nevertheless, Dean's application was a success, with the singer – who counted GRACEY, Jade Bird, and Rex Orange County among her classmates – later describing the experience as "the best thing" that she ever did.

With a timeless, sultry air about her sound, it's almost impossible to not mention Olivia Dean and Amy Winehouse in the same sentence ("I like all types of music, but songwriting-wise, I love Amy Winehouse especially because you feel like you're getting a piece of her life," Dean recently told the independent online magazine The Line of Best Fit). That said, Dean deserves so much more than to be repeatedly compared to her brilliant, bouffanted idol. Having spent her formative years in one of the most vibrant, bustling cities on Earth, there's a certain urban grit to Dean's music that's completely of the moment. Despite possessing a voice for the ages, it's Dean's deeply relatable approach to storytelling that actually makes her stand out from the crowd. Whether recalling static-caked phone calls with exes ("The Hardest Part") or fights after downing pints ("Ok Love You Bye"), Dean is a vigorous poetic force to be reckoned with.

As summer gradually draws to a conclusion, Olivia Dean is showing no signs of slowing down any time soon, with the 21-year-old recently returning with her brand new EP Growth. Described as "a time capsule of the last year, it's me processing my perspective on love and loving myself," it's evident that Dean is thriving into a mature young songwriter worthy of all our attention. Just take her latest single "Slowly," a stirring piano ballad about leaning into love, even when your entire nervous system is telling you otherwise. Or "Be My Own Boyfriend," a victorious declaration of personal independence from toxic males. With so much potential ahead of her, then, We Are: The Guard is excited to see what the next direction is for Olivia Dean. Wherever that turns out to be, rest assured that her late, great predecessor will be looking down with pride. 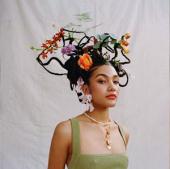