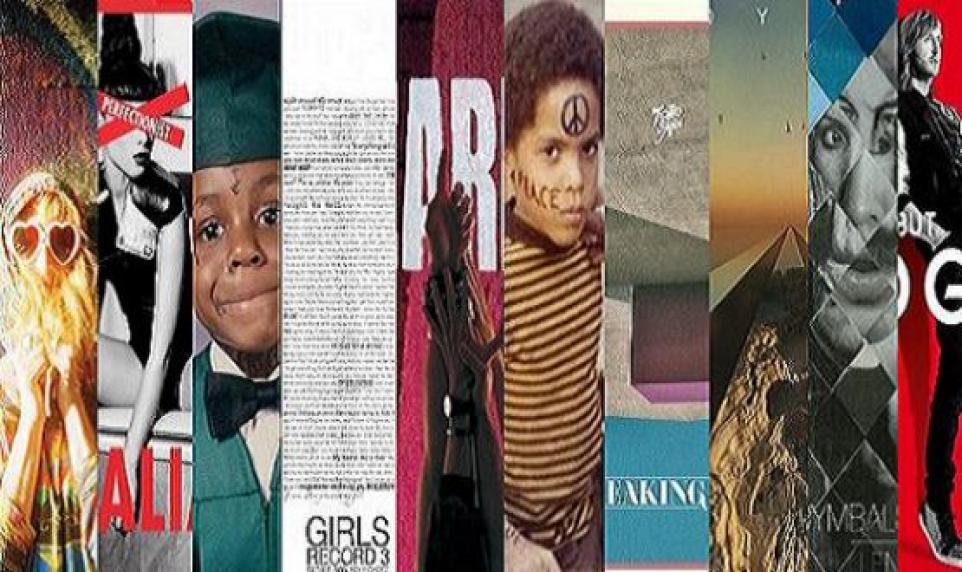 Autumn may be heralding the transition from summer into the dark depths of winter, but our minds have managed to remain immersed in sunshine these past few weeks, thanks to a dose of vitamin D from the likes of Dom, Girls, Toro Y Moi and David Guetta -- all of whom feature into today's jam-packed Review Roundup!

Amid all of this starry-eyed new music, join us as we also step back in time to celebrate the pioneering record that is Pearl Jam's 'Ten', which recently turned, um, twenty.

Still, not to overwhelm you with awesome and all. We also have a so-so take on Lil Wayne's 'Tha Carter IV,' and a whole bunch of new assignments to the dreaded Posers Club, including Natalia Kills, Lenny Kravitz (okay, well, everyone knows he was already there), Ladytron and Cymbals Eat Guitars. Check it all out below.

"Family of Love," is one of the most exuberant and instantly enjoyable listening experiences all year. At just five songs, "Family of Love" creates a brief, breezy oasis from summer doldrums (read more...).

Sorry but as much as I was really hoping for a knock out album from Natalia Kills; this album falls flat in all categories of innovation, songs, lyrics, productions and concept (read more...).

Maybe you're thinking it's about time for Lil Wayne to step up and reaffirm his place as the most creative and abstract lyricist in rap. Unfortunately, Lil Wayne isn't throwing 105 mph verbal fastballs anymore, instead it's more like 89 mph on "Tha Carter IV" (read more...).

The San Francisco outfit returns with "Father, Son, Holy Ghost," a collection that blends the drugged-out surf guitar eloquence of its first album with the sentimental ballads of its 2010 "Broken Dreams Club" EP (read more...).

It's easy to take Pearl Jam for granted. Twenty years ago though, this scrappy, long-haired five-piece from Seattle released its debut album, "Ten," and, unfortunately, left a blueprint for far less creative bands across the nation (read more...).

Ladies and gentlemen, all hail the absurd reality that Lenny Kravitz is still somehow able to release albums on a major label in 2011. How is this possible, outside of some agreement with Lucifer himself? (read more...).

Did Ladytron intentionally set out to make an album this bad?  If so then I have to change the rating from the Poser Section to... (hit it Charlie!) Winning!  If those are their intentions then they have made a tremendous success with their new album "Gravity The Seducer" out September 13 on Nettwerk (read more...).

Yes, the album title might be called "Nothing But The Beat" but David Guetta, who is about to turn mandatory retirement age as required by the French government (just kidding) gives us all the proper songs and dance floor anthems. Yes, as far as the new sound of pop. This is it. Get used to it (read more...).